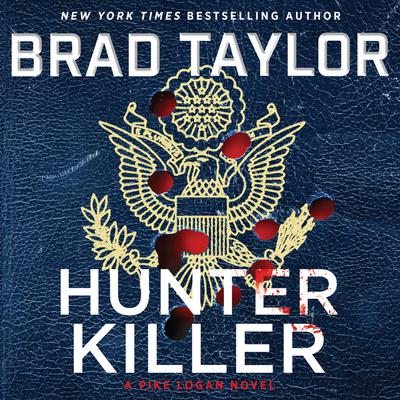 “Pike Logan loses a dear friend in an horrific explosion, that he assumes was meant for him. Told to stand down and wait things out, Pike Logan decides to assemble his own team, including friends he has met along the way, to find out the truth behind the attack. In the meantime, two of his Taskforce members are out of reach in the middle of nowhere, Pike must ask this hodgepodge group to break the rules in order to find his men. Will Pike be able to hunt down those responsible or will this be the thing that throws him into the abyss? Brad Taylor does an incredible job capturing the climate of today’s society and making readers feel as though they are standing next to Pike, saving the world. With this latest chapter in the series, Taylor brings characters and events from all the previous thirteen books and takes readers on an epic journey. Readers will be fascinated to see how previous characters have grown. The ending leaves room for more Pike Logan adventures, but readers will have to wait and see if the author announces any book news for next year. I have read everything by this author, in the past couple of years. I discovered this series, by participating in the Forgotten Book Challenge. I randomly scrolled through the ebooks in my nook, and I read One Rough Man. Ever since, I was hooked. I read every novella and full length novel in the Pike Logan series. I can only hope that this isn’t the final book in the series, but if it is… I completely enjoyed how everything and everyone from the past was tied into this story. This book is in my top 3 favorites from the series.”

Pike Logan and the Taskforce were once the apex predators, an unrivaled hunting machine that decimated those out to harm the United States, but they may have met their match. While Pike Logan and Jennifer Cahill prepare to join their team on a counter-terrorist mission in the triple frontier—the lawless tri-border region where Argentina, Brazil, and Paraguay meet – they are targeted in Charleston, South Carolina. A vicious explosion kills a friend, and the perpetrators have set it up to look like an accident. While the authorities believe this was not foul play, Pike knows the attack was meant for him.

When he loses contact with the team in South America, Pike is convinced he and the Taskforce are under assault. His men are the closest thing to family that Pike has, which means he will do anything, even ignore direct orders to stand down, to find them. Pike and Jennifer head to Brazil to investigate their disappearance and run headlong into a crew of Russian assassins. Within days they are entangled in a byzantine scheme involving Brazilian politics and a cut-throat battle for control of offshore oil fields.

Forged in combat, the Russians are the equal of anything the Taskforce has encountered before, but they make a mistake in attacking Pike’s team, because Pike has a couple of elite Israeli assassins of his own. And Pike will stop at nothing to protect his family. 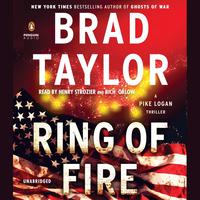 Fifteen years ago, in order to win a contract in the... Read More » 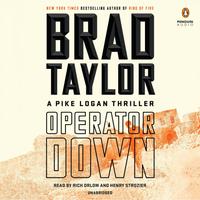 • A New York Times Bestseller • Former Special Forces Officer and New York Times bestselling author Brad Taylor delivers a heart-pounding thriller where Pike Logan's search for a Mossad agent and ally puts him on a collision course with a ruthless military coup in Africa—and tests his loyalties to the Taskforce. 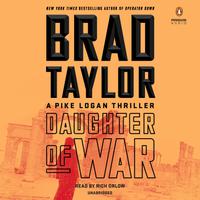 Former Special Forces Officer and New York Times bestselling author Brad Taylor delivers a heart-pounding thriller featuring Taskforce operators Pike Logan and Jennifer Cahill as they come face to face with a conspiracy where nothing is as it seems.

Hot on the trail of a North Korean looking to sell sensitive US... Read More » 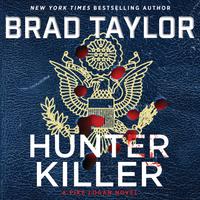 Pike Logan and the Taskforce were once the apex predators, an unrivaled hunting machine that decimated those out to harm the United States, but they may have... Read More » 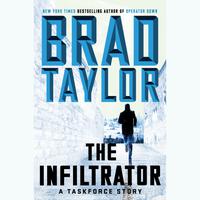 Taskforce operators Pike Logan and Jennifer Cahill are used to traveling all over the world for... Read More »