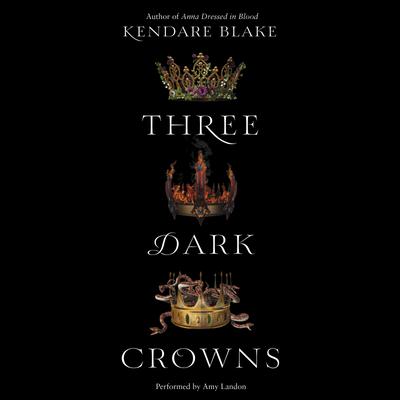 “I have already handsold this one several times. The audio version of this fairytale kept me highly engaged! Among the characters, their pets, their kingdoms, and their powers, there were a lot of names to keep track of, but I loved the premise and the narration voice was just perfect. CAN'T WAIT for the next book in the trilogy although I do wish Three Dark Crowns could operate as a a standalone. Met this author at an Epic Reads event we hosted and she confirmed the same voice will do the other books in the series!”

Fans of acclaimed author Kendare Blake’s Anna Dressed in Blood will devour Three Dark Crowns, the first book in a dark and inventive fantasy series about three sisters who must fight to the death to become queen.

In every generation on the island of Fennbirn, a set of triplets is born: three queens, all equal heirs to the crown and each possessor of a coveted magic. Mirabella is a fierce elemental, able to spark hungry flames or vicious storms at the snap of her fingers. Katharine is a poisoner, one who can ingest the deadliest poisons without so much as a stomachache. Arsinoe, a naturalist, is said to have the ability to bloom the reddest rose and control the fiercest of lions.

But becoming the Queen Crowned isn’t solely a matter of royal birth. Each sister has to fight for it. And it’s not just a game of win or lose…it’s life or death. The night the sisters turn sixteen, the battle begins. The last queen standing gets the crown.

Fans of acclaimed author Kendare Blake’s Anna Dressed in Blood will devour Three Dark Crowns, the first book in a dark and inventive fantasy series about three sisters who must fight to the death to... Read more » 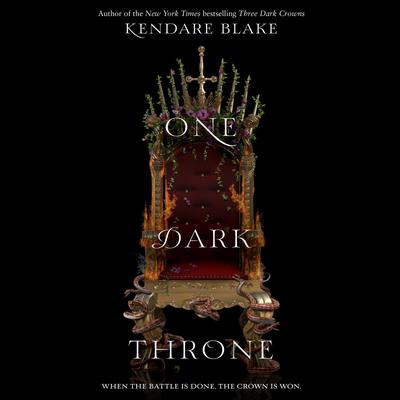 In this enthralling sequel to Kendare Blake’s New York Times bestselling Three Dark Crowns, Fennbirn’s deadliest queens must face the one thing standing in their way of the crown: each other.

The battle for the crown has begun, but which of the three sisters will prevail? With the unforgettable events of the... Read more » 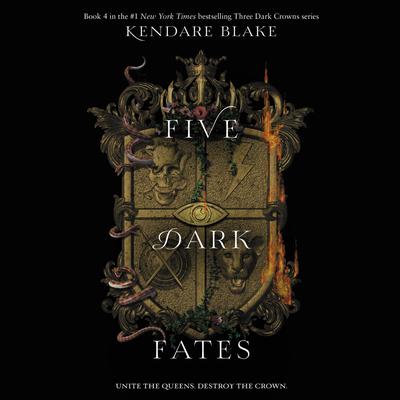 In the final book in the #1 New York Times bestselling Three Dark Crowns series, an all-out war is brewing—one that will pit sister against sister and dead against undead.

After the grim confrontation with Queen Katharine, the rebellion lies in tatters. Jules’s legion curse has been unbound, and it is up to Arsinoe to find a cure, even as the... Read more »