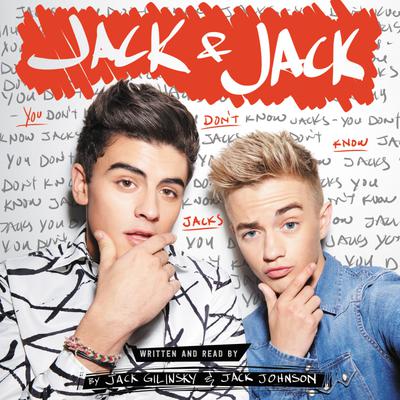 Nebraska natives Jack Gilinsky and Jack Johnson shot to instant fame after their first Vine, "Nerd Vandals," was dubbed "a perfect Vine" by the Huffington Post. It's been looped more than ten million times since—and that Vine was just the beginning.

Now, after a number one hit on iTunes, nearly two million singles sold, live performances where they have shared the stage with Demi Lovato, Shawn Mendes, and Fifth Harmony, and over 26 million followers across all their social media channels, Jack & Jack are on a wild ride—and they're not planning to slow down anytime soon.

Fans will love listening about their journey from being two regular kids growing up in Omaha, Nebraska, to global superstardom. Complete with behind-the-scenes stories and hilarious personal anecdotes, You Don't Know Jacks is an insider look at the lives of Jack & Jack, as told by the guys themselves.