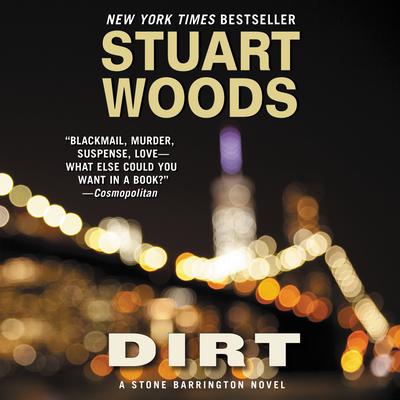 Coming on the heels of his bestselling Choke, and Imperfect Strangers, Stuart Woods brings back one of his best loved characters, Stone Barrington, who most recently appears in New York Dead, in a fast paced, rollercoaster ride through the high-profile world of celebrity gossip.

Feared and disliked for both her poison pen and ice queen persona, bi-coastal gossip columnist Amanda Dart finds the tables have turned. The unwitting victim of an anonymous gossipmonger who is faxing to national opinion makers an outrageous scandal sheet revealing the details of her on-going indiscretions with a nationally known takeover artist, Amanda enlists the help of New York lawyer and investigator Stone Barrington to learn the identity of the faxer. Everybody is a suspect in the world of tabloid journalism. As the faxes grow more scathing and begin to expose the peccadilloes of not only Amanda but other members of the gossip community, Barrington winds up with more leads than he can handle, and an employer who is about to take matters dangerously into her own hands. The world of gossip is turned on its head. It becomes clear to Stone that even the most respected members of the social scene will stop at nothing - even murder - to clear their names.

Irresistible as only good gossip can be, Dirt is a mesmerising tale of betrayal and murder set against a backdrop of the fast-paced Manhattan tabloid business; it is filled with the twists and turns that have made Stuart Woods's novels international hits.