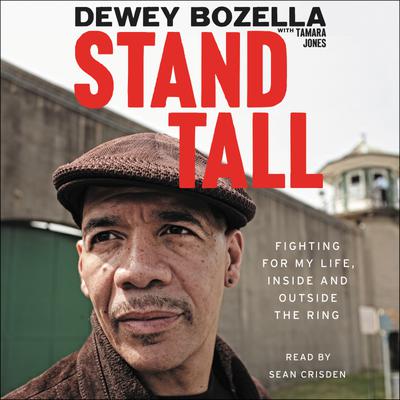 Fighting for My Life, Inside and Outside the Ring

In this inspiring memoir, Dewey Bozella recounts his life and the twenty-six years he spent behind bars for a murder he did not commit—a stirring tale of courage, strength, faith, and perseverance.

In the late 1970s, Dewey Bozella was wrongfully accused of murdering Emma Crapser, a ninety-two-year-old resident of Poughkeepsie, New York. Sentenced to twenty years to life in prison, Bozella fiercely maintained his innocence throughout his ordeal at Sing Sing, and even refused the prosecutor’s offer of instant freedom in exchange for admission of guilt. But in 2009, more than a quarter century later, Dewey Bozella would reclaim his identity and his humanity when his conviction was vacated.

In this powerful memoir, Bozella tells his harrowing and amazing story—interweaving his time in prison with stories of a childhood marked by violence and pain. He shares the joys of marrying the love of his life from behind bars, becoming a champion boxer, and earning his education; the agony of being denied parole four times, and living in a cellblock with his brother’s murderer and, eventually, the killer whose thumbprint was found in Emma Crapser’s apartment. Yet the fighter in Bozella never gave up. He would become a free man thanks to his undying faith, stalwart persistence, the aid of the Innocence Project, and Wilmer Hale, the Park Avenue law firm whose young pro bono attorney doggedly worked toward his release when all hope seemed lost.

Today, Bozella considers himself blessed. Stand Tall is a testament to optimism and love. It is the compelling story of a man who fought against inequity and hardship and, against all odds, came out on top.