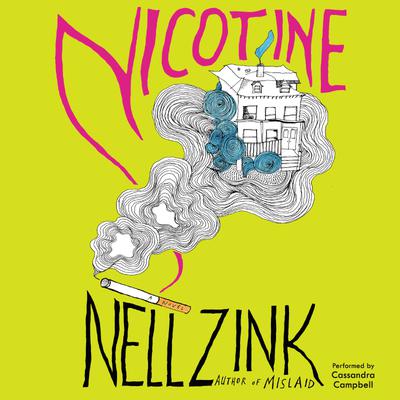 “Zink excels at feel-good novels that, far from being sappy, are incredibly smart and laugh-out-loud funny. When recent college graduate Penny Baker inherits her hippie father's childhood house, she expects to find an abandoned ruin. Instead, she finds a house renovated and inhabited by squatters and falls desperately in love with one of them, something that does not go over well with her family. This deceptively simple premise allows Zink to return to some of her favorite themes of family and identity, as well as love, activism, and materialism, through the lives of unforgettable characters and hilarious situations. This book is a riot!”

The "wonderfully talented" (Dwight Garner, New York Times) author of Mislaid returns with a fierce and audaciously funny novel of families—both the ones we’re born into and the ones we create—a story of obsession, idealism, and ownership, centered around a young woman who inherits her bohemian late father's childhood home.

Recent business school graduate Penny Baker has rebelled against her family her whole life—by being the conventional one. Her mother, Amalia, was a member of a South American tribe called the Kogi; her much older father, Norm, long ago attained cult-like deity status among a certain cohort of aging hippies while operating a psychedelic "healing center." And she’s never felt particularly close to her much older half-brothers from Norm’s previous marriage—one wickedly charming and obscenely rich (but mostly just wicked), one a photographer on a distant tropical island.

But all that changes when her father dies, and Penny inherits his childhood home in New Jersey. She goes to investigate the property and finds it not overgrown and abandoned, but rather occupied by a group of friendly anarchist squatters whom she finds unexpectedly charming, and who have renamed the property "Nicotine." The Nicotine residents (united in defense of smokers’ rights) possess the type of passion and fervor Penny feels she’s desperately lacking, and the other squatter houses in the neighborhood provide a sense of community she has never felt before. She soon moves into a nearby residence, becoming enmeshed in the political fervor and commitment of her fellow squatters.

As the Baker family’s lives begin to converge around the fate of the house now called Nicotine, Penny grows ever bolder and more desperate to protect it—and its residents—until a fateful night when a reckless confrontation between her old family and her new one changes everything.

Nell Zink exquisitely captures the clash between Baby-Boomer idealism and Millennial pragmatism, between the have-nots and want-mores, in a riotous yet tender novel that brilliantly encapsulates our time.