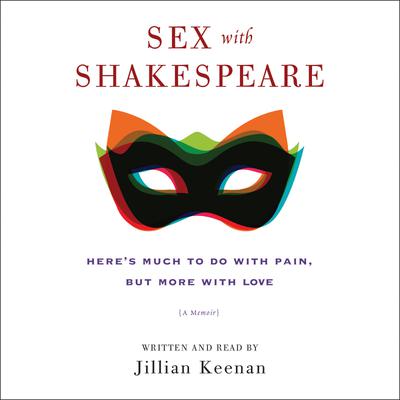 Here's Much to Do with Pain, but More with Love

When it came to understanding love, a teenage Jillian Keenan had nothing to guide her—until a production of The Tempest sent Shakespeare’s language flowing through her blood for the first time. In Sex with Shakespeare, she tells the story of how the Bard’s plays helped her embrace her unusual sexual identity and find a love story of her own.

Four hundred years after Shakespeare’s death, Keenan’s smart and passionate memoir brings new life to his work. With fourteen of his plays as a springboard, she explores the many facets of love and sexuality—from desire and communication to fetish and fantasy. In A Midsummer Night’s Dream, Keenan unmasks Helena as a sexual masochist—like Jillian herself. In Macbeth, she examines criminalized sexual identities and the dark side of “privacy.” The Taming of the Shrew goes inside the secret world of bondage, domination, and sadomasochism, while King Lear exposes the ill-fated king as a possible sexual predator. Moving through the canon, Keenan makes it abundantly clear that literature is a conversation. In Sex with Shakespeare, words are love.

As Keenan wanders the world in search of connection, from desert dictatorships to urban islands to disputed territories, Shakespeare goes with her —and provokes complex, surprising, and wildly important conversations about sexuality, consent, and the secrets that simmer beneath our surfaces.