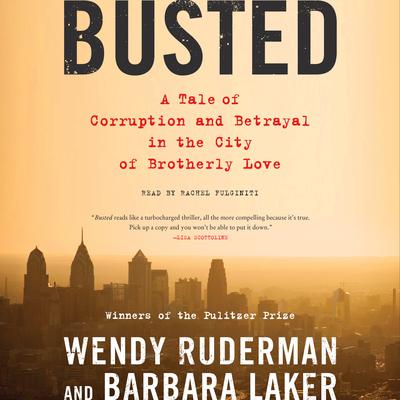 In the vein of Erin Brockovich, The Departed, and T. J. English's Savage City comes Busted, the shocking true story of the biggest police corruption scandal in Philadelphia history, a tale of drugs, power, and abuse involving a rogue narcotics squad, a confidential informant, and two veteran journalists whose reporting drove a full-scale FBI probe, rocked the City of Brotherly Love, and earned a Pulitzer Prize .

In 2003, Benny Martinez became a Confidential Informant for a member of the Philadelphia Police Department's narcotics squad, helping arrest nearly 200 drug and gun dealers over seven years. But that success masked a dark and dangerous reality: the cops were as corrupt as the criminals they targeted.

Busted chronicles how these two journalists—both middle-class working mothers—formed an unlikely bond with a convicted street dealer to uncover the secrets of ruthless kingpins and dirty cops. Professionals in an industry shrinking from severe financial cutbacks, Ruderman and Laker had few resources—besides their own grit and tenacity—to break a dangerous, complex story that would expose the rotten underbelly of a modern American city and earn them a Pulitzer Prize. A page-turning thriller based on superb reportage, illustrated with eight pages of photos, Busted is modern true crime at its finest.