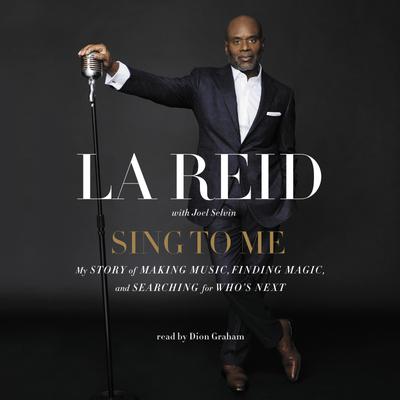 My Story of Making Music, Finding Magic, and Searching for Who's Next

In this long-awaited memoir, illustrated with over 100 never-before-seen photos from his personal collection, the groundbreaking record producer chronicles his struggles, his success, and the celebrated artists that made him a legend.

Over the last twenty-five years, legendary music producer and record man LA Reid—the man behind artists such as Toni Braxton, Kanye West, Rihanna, TLC, Outkast, Mariah Carey, Pink, Justin Bieber, and Usher—has changed the music business forever. In addition to discovering some of the biggest pop stars on the planet, he has shaped some of the most memorable and unforgettable hits of the last two generations, creating an impressive legacy of talent discovery and hit records.

Now, for the first time, he tells his story, taking fans on an intimate tour of his life, as he chronicles the fascinating journey from his small-town R&B roots in Cincinnati, Ohio, and his work as a drummer to his fame as a Grammy Award-winning music producer and his gig as a judge on the hit reality show, The X Factor. In Sing to Me, Reid goes behind the scenes of the music industry, charting his rise to fame and sharing stories of the countless artists he’s met, nurtured, and molded into stars. With fascinating insight into the early days of artists as diverse as TLC, Usher, Pink, Kanye West, and Justin Bieber, his story offers a detailed look at what life was like for stars at the start of their meteoric rise and how he always seemed to know who would be the next big thing.

What emerges is a captivating portrait from the inside of popular music evolution over the last three decades. Part music memoir, part business story of climbing to the top, this beautifully designed book, jam packed with photos, showcases Reid's trademark passion and ingenuity and introduces a multifaceted genius who continues to shape pop culture today.