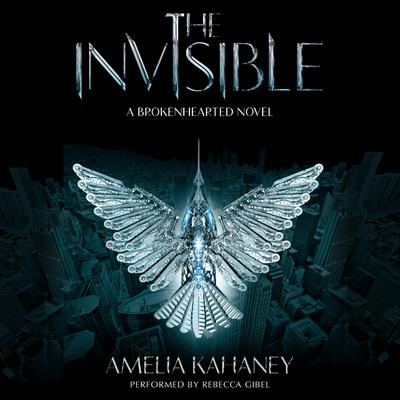 Cinder meets The Dark Knight in this riveting sequel to the darkly suspenseful, reimagined superhero story The Brokenhearted.

Since Gavin’s death, Anthem has tried to forget the heartache and betrayal, to feel normal once more. She doesn’t want to be the crime-fighting vigilante that Bedlam City needs. She just wants to go to school, practice ballet, and help nurse Ford back to health. But while he is recovering from his life-saving surgery, the Ford she knew is slipping away.

Then a new subversive group, whose mysterious leader calls himself “the Invisible,” starts attacking the North Side. The danger has never been closer to home, and Anthem can’t sit idly by. Using her new strength, she begins to fight back, and be the hero she was meant to be. Soon, she is the Invisible’s most sought-after enemy, and he is using everything at his disposal to have her found and captured. Will Anthem survive the biggest fight of her life?