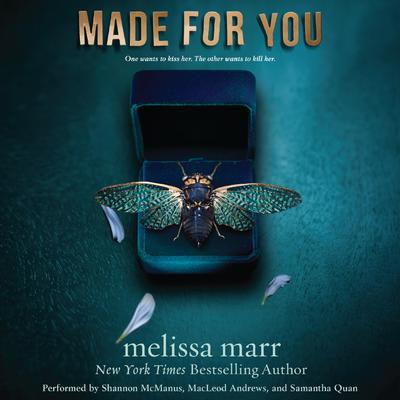 Eva Tilling wakes up in the hospital to discover she possesses a strange new skill—the ability to foresee people's deaths when they touch her. While she is recovering from her hit-and-run accident, Nate, an old flame, reappears, and the two must traverse their rocky past as they figure out how to use Eva's power to keep their friends—and each other—from falling into the hands of a killer.

This contemporary romantic suspense novel from five-time New York Times bestselling author Melissa Marr earned widespread critical acclaim, with Kirkus Reviews calling it a "riveting whodunit that delivers a bouquet of teen romance, paranormal, and thriller." And BCCB declared, "Between the suspense, the horror, the romance, and the wit, this will have equal appeal for fans of Sarah Dessen and Rosemary Clement-Moore."