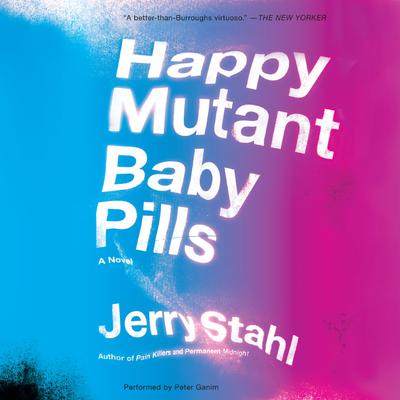 Lloyd has a particular set of skills. He writes the small print for prescription drugs, marital aids, and incontinence products. The clients present him with a list of possible side effects. His job is "to recite and minimize"—sometimes by just saying them really fast and other times by finding the language that can render them acceptable. The results are ingenious. The methods diabolical.

Lloyd has a habit, too. He cops smack during coffee breaks at his new job writing copy for Christian Swingles, an online dating service for the faithful. He finds a precarious balance between hackwork and heroin until he encounters Nora, a mysterious and troubled young woman, a Sylvia Plath with tattoos and implants, who asks for his help.

Lloyd falls swiftly in love, but Nora bestows her affections at a cost. Before Lloyd clears his head from the fog of romance, he finds himself complicit in Nora's grand scheme to horrify the world and exact revenge on those who poison the populace in order to sell them the cure.