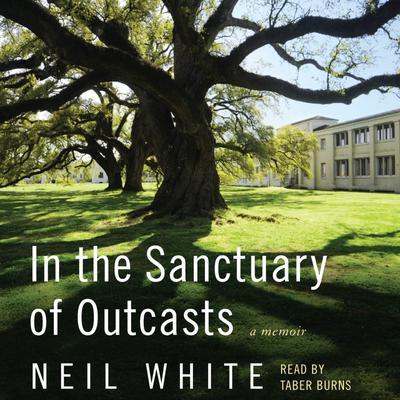 In the Sanctuary of Outcasts

Daddy is going to camp. That's what I told my children. A child psychologist suggested it. “Words like prison and jail conjure up dangerous images for children,” she explained. But it wasn't camp . . .

Neil White, a journalist and magazine publisher, wanted the best for those he loved—nice cars, beautiful homes, luxurious clothes. He loaned money to family and friends, gave generously to his church, and invested in his community—but his bank account couldn't keep up. Soon White began moving money from one account to another to avoid bouncing checks. His world fell apart when the FBI discovered his scheme and a judge sentenced him to serve eighteen months in a federal prison.

But it was no ordinary prison. The beautiful, isolated colony in Carville, Louisiana, was also home to the last people in the continental United States disfigured by leprosy. Hidden away for decades, this small circle of outcasts had forged a tenacious, clandestine community, a fortress to repel the cruelty of the outside world. It is here, in a place rich with history, where the Mississippi River briefly runs north, amid an unlikely mix of leprosy patients, nuns, and criminals, that White's strange and compelling journey begins. He finds a new best friend in Ella Bounds, an eighty-year-old African American double amputee who had contracted leprosy as a child. She and the other secret people, along with a wacky troop of inmates, help White rediscover the value of simplicity, friendship, and gratitude.

Funny and poignant, In the Sanctuary of Outcasts is an uplifting memoir that reminds us all what matters most.