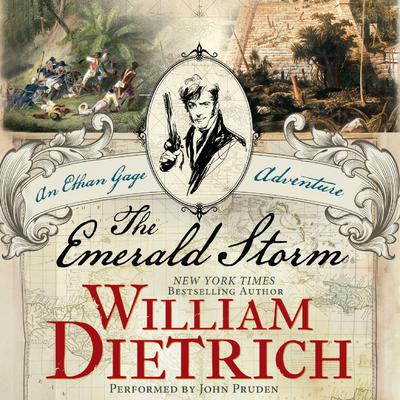 The year is 1803. Swashbuckling, ribald, and irreverent hero Ethan Gage has outsmarted wily enemies and survived dangerous challenges across the globe, from the wilds of the American frontier to the pyramids of Egypt. Now the rakish hero finds himself in the Caribbean with his wife, Astiza, on a desperate hunt to secure the lost treasure of Montezuma—a legendary hoard rumored to have been hidden from Cortés's plundering Spanish conquistadors. Hot on his heels are British agents who want the gold to finance a black slave revolt in Saint-Domingue, robbing hostile France of its richest colony. The French, too, seek the treasure for the secrets it contains, the key to an incredible new means of invasion that can ensure Britain's defeat—on its own land.

Caught between the French and the rebel slave forces, Ethan and Astiza are in a race for gold and glory that will thrust them into the center of a bloody struggle for freedom as they try to rescue their son. And this time, Gage's luck may be running out.

Brilliantly combining science, history, mythology, and wit, William Dietrich has woven a larger-than-life tale that sees Ethan embroiled in the Napoleonic era's ideals, opportunism, and inventions, which gave rise to the modern world. Filled with intrigue, voodoo, a hurricane, violent political unrest, and unexpected passion, The Emerald Storm is Dietrich's most captivating work to date. 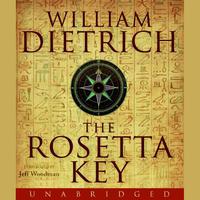 “An utterly captivating romp from the treacherous tunnels beneath Jerusalem to the lost City of Ghosts (Petra, Jordan) to the tumult of revolutionary Paris….Dietrich spins a merry magical mystery tour, winningly intricate and anchored to actual historical figures and events….Mr. Spielberg! Mr. Lucas! It’s your move.”
—Seattle Times 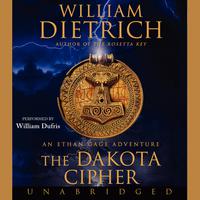 “The Dakota Cipher is a supple, elegant thriller that carries the reader triumphantly from one exciting climax to the next.”
—Steve Berry, New York Times bestselling author of The Jefferson Key

Ethan Gage is a fearless adventurer who has crossed paths (and, sometimes, swords) with the likes of Napoleon Bonaparte and Benjamin Franklin—and whose... Read More » 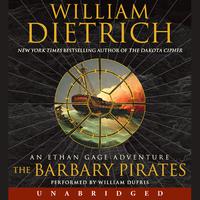 “William Dietrich is a born stylist, moving characters around on an historical chessboard with the assured hand of a master novelist firing on all cylinders. Ethan Gage is a wiry, battle-scarred hero, with great decency, who rings absolutely true.”
—Steve Berry, New York Times bestselling author of The Jefferson Key 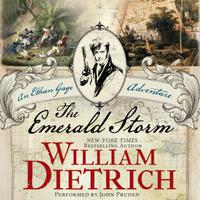 The year is 1803. Swashbuckling, ribald, and irreverent hero Ethan Gage has outsmarted wily enemies and survived dangerous challenges across the globe, from the wilds of the American frontier to the pyramids of Egypt. Now the rakish hero finds himself in the Caribbean with his wife, Astiza, on a desperate hunt to secure the lost treasure of... Read More » 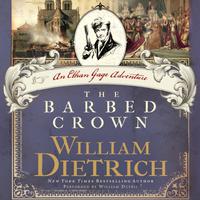 In this latest adventure by New York Times bestselling author William Dietrich, Ethan Gage is out to foil Napoleon's coronation as emperor, play double agent between France and England, and turn the tide of war—while attempting to save his own life and his marriage.

Gage fought beside Napoleon Bonaparte in Egypt and was his agent in Italy,... Read More » 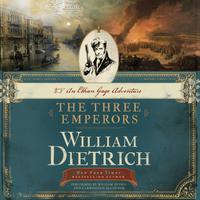 Adventurer Ethan Gage travels through the darkest and most superstitious realms of eighteenth century Europe, to the castles and caves of Bohemia to rescue his family and uncover a mysterious medieval device rumored to foretell the future.

Having quick-wittedly survived the battle of Trafalgar, Ethan is rushing to rescue “Egyptian priestess”... Read More »