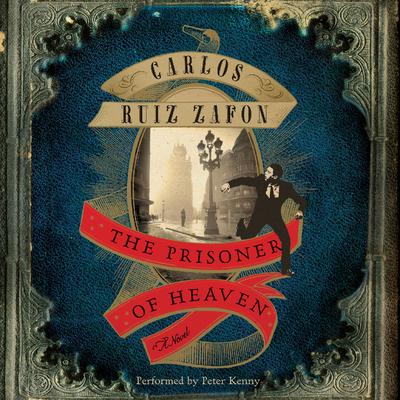 The Prisoner of Heaven

“A deep and mysterious novel full of people that feel real. . . .An enthralling read and a must-have for your library. Zafón focuses on the emotion of the reader and doesn’t let go.”  — Seattle Post-Intelligencer

Internationally acclaimed, New York Times bestselling author Carlos Ruiz Zafón creates a rich, labyrinthine tale of love, literature, passion, and revenge, set in a dark, gothic Barcelona, in which the heroes of The Shadow of the Wind and The Angel's Game must contend with a nemesis that threatens to destroy them.

Barcelona, 1957. It is Christmas, and Daniel Sempere and his wife, Bea, have much to celebrate. They have a beautiful new baby son named Julián, and their close friend Fermín Romero de Torres is about to be wed. But their joy is eclipsed when a mysterious stranger visits the Sempere bookshop and threatens to divulge a terrible secret that has been buried for two decades in the city's dark past.

His appearance plunges Fermín and Daniel into a dangerous adventure that will take them back to the 1940s and the early days of Franco's dictatorship. The terrifying events of that time launch them on a search for the truth that will put into peril everything they love, and will ultimately transform their lives.