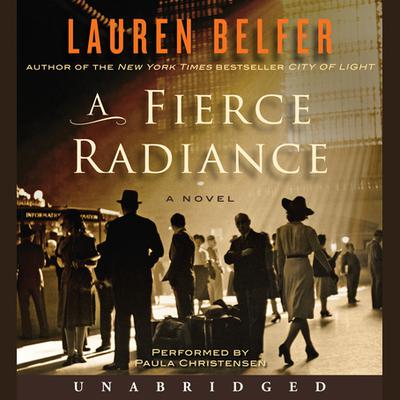 An NPR Best Mystery of the Year

This suspenseful novel from the New York Times bestselling author of City of Light follows a photojournalist as she takes on an assignment that will involve blackmail, espionage, and murder—all in the early days of America’s involvement in World War II.

In the anxious and uncertain days after Pearl Harbor, beautiful, talented Life magazine photojournalist Claire Shipley is assigned to cover the clinical testing of a new medication at the renowned Rockefeller Institute in New York. Still grieving the death of her young daughter from an infection, Claire is shocked by what she finds there: the doctors and researchers are attempting to cure fatal infections with a little-known, temperamental medicine made from green mold, which they’re calling penicillin—and that may be just the beginning of their breakthroughs.

As the nation plunges into war, Claire begins an intense love affair with James Stanton, an Institute physician given the difficult, top-secret task of coordinating penicillin research for the military. Meanwhile Claire’s long-estranged father, a self-made millionaire entrepreneur, is realizing the potential of the new mold-derived medications to transform the very nature of human existence.

When James’s sister and colleague dies under suspicious circumstances, the stakes involved in the antibiotic breakthrough become starkly clear. Caught between the extremes of war and greed, Claire finds her new relationship challenged in ways she could never have predicted.

At once a thriller, a love story, a family saga, and a window into the tumultuous home front during World War II, A FIERCE RADIANCE will captivate readers.