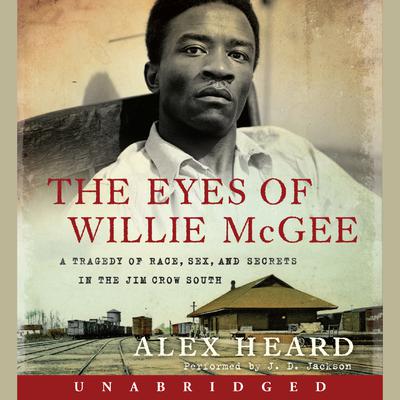 The Eyes of Willie McGee

A Tragedy of Race, Sex, and Secrets in the Jim Crow South

In 1945, Willie McGee, a young African-American man from Laurel, Mississippi, was sentenced to death for allegedly raping Willette Hawkins, a white housewife. At first, McGee's case was barely noticed, covered only in hostile Mississippi newspapers and far-left publications such as the Daily Worker. Then Bella Abzug, a young New York labor lawyer, was hired by the Civil Rights Congress—an aggressive civil rights organization with ties to the Communist Party of the United States—to oversee McGee's defense. Together with William Patterson, the son of a slave and a devout believer in the need for revolutionary change, Abzug and a group of white Mississippi lawyers risked their lives to plead McGee's case. After years of court battles, McGee's supporters flooded President Harry S. Truman and the U.S. Supreme Court with clemency pleas, and famous Americans—including William Faulkner, Albert Einstein, Jessica Mitford, Paul Robeson, Norman Mailer, and Josephine Baker—spoke out on McGee's behalf.

By the time the case ended in 1951 with McGee's public execution in Mississippi's infamous traveling electric chair, "Free Willie McGee" had become a rallying cry among civil rights activists, progressives, leftists, and Communist Party members. Their movement had succeeded in convincing millions of people worldwide that McGee had been framed and that the real story involved a consensual love affair between him and Mrs. Hawkins—one that she had instigated and controlled. As Heard discovered, this controversial theory is a doorway to a tangle of secrets that spawned a legacy of confusion, misinformation, and pain that still resonates today. The mysteries surrounding McGee's case live on in this provocative tale of justice in the Deep South.

Based on exhaustive documentary research—court transcripts, newspaper reports, archived papers, letters, FBI documents, and the recollections of family members on both sides—Mississippi native Alex Heard tells a moving and unforgettable story that evokes the bitter conflicts between black and white, North and South, in America.