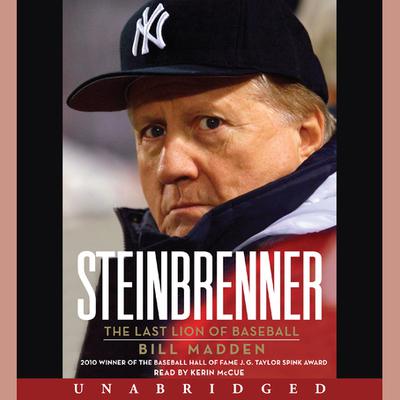 The Last Lion of Baseball

No owner has changed the landscape of sports more than New York Yankees owner George Steinbrenner. From the moment he bought the team in 1973 for $10 million, Steinbrenner's monomaniacal pursuit was to restore the most fabled franchise in baseball history to its former glory. Today the New York Yankees are worth more than $1 billion and are once again world champions.

Award-winning sportswriter Bill Madden traces Steinbrenner from his early days in Cleveland through his years as a shipping magnate, a Nixon fund-raiser, and a champion horse breeder to the fateful moment when he bought the Yankees, even though his father disparaged George's desire to own a professional sports team as a "hobby." Over the next four decades, Steinbrenner's tumultuous reign included his epic battles with Billy Martin, Reggie Jackson, Dave Winfield, even beloved Yankee captain Derek Jeter. His ruthless and free-spending tactics made him a lightning rod for controversy but they also paid off: Steinbrenner's Yankees have won seven championships and remain the gold standard in all sports. In the last few years, with his health declining, the Boss ceded control of the team to his sons, but not before lording over the team's historic transition from the House That Ruth Built to the House That George Built.

Throughout his three decades of covering the Yankees, Bill Madden has cultivated hundreds of sources at every level in the organization, from the many managers and front-office personnel Steinbrenner has fired to the bat boys who are ever present in the locker room. All of them have colorful stories about the man with whom they have enjoyed a love-hate relationship, but it is the Boss himself whose voice rises above the rest. And when Steinbrenner decided to give his final print interview, he spoke to Madden to set the record straight on his extraordinary life and career.