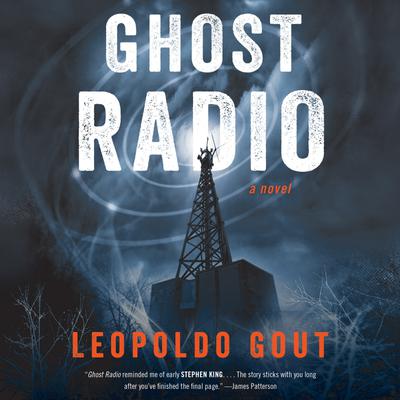 “Ghost Radio reminded me of early Stephen King. The story sticks with you long after you’ve finished the final page.” —James Patterson

From the cramped bowels of a dimly lit radio station, Ghost Radio is beamed onto the airwaves. More than a call-in show to tell scary stories about vampires and poltergeists, Ghost Radio is a sanctuary for those sleepless denizens of the night, lost halfway between this world and the next.

Joaquin, the hip, melancholy host, sits deep in a fog of cigarette smoke, fielding calls from believers and detractors alike. He is joined in the booth by his darkly beautiful girlfriend, Alondra, and his engineer, Watts. Soon what began as an underground cult sensation is primed to break out to mainstream audiences. When a huge radio conglomerate offers to syndicate the show and Ghost Radio becomes a national hit with an expanding legion of hardcore fans, neither Joaquin, Alondra, nor Watts is remotely prepared for what is about to happen.

When Joaquin notices a curious and troubling phenomenon, he is inexplicably drawn further and further into the terrifying stories he solicits on the radio. As he slowly loses control over his reality and finds himself unable to distinguish between the real world and the world populated by the nightmares on Ghost Radio, he’s forced to confront his past and his own mortality in order to repair the crumbling wall between the living and the dead.