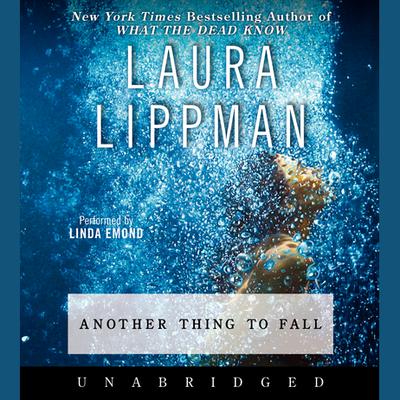 Another Thing to Fall

“[A] welcome addition to Tess Monaghan’s adventures and an insightful look at the desperation that drives those grasping for a shot at fame and those who will do anything to keep it.”—San Francisco Chronicle

When private investigator Tess Monaghan literally runs into the crew of the fledgling TV series Mann of Steel while sculling, she expects sharp words and evil looks, not an assignment. But the company has been plagued by a series of disturbing incidents since its arrival on location in Baltimore: bad press, union threats, and small, costly on-set "accidents" that have wreaked havoc with its shooting schedule. As a result, Mann's creator, Flip Tumulty, the son of a Hollywood legend, is worried for the safety of his young female lead, Selene Waites, and asks Tess to serve as her bodyguard. Tumulty's concern may be well founded. Recently, a Baltimore man was discovered dead in his home, surrounded by photos of the beautiful—if difficult—aspiring star.

In the past, Tess has had enough trouble guarding her own body. Keeping a spoiled movie princess under wraps may be more than she can handle since Selene is not as naive as everyone seems to think, and instead is quite devious. Once Tess gets a taste of this world of make-believe—with their vanities, their self-serving agendas, and their remarkably skewed visions of reality—she’s just about ready to throw in the towel.

But she’s pulled back in when a grisly on-set murder occurs, threatening to topple the wall of secrets surrounding Mann of Steel as lives, dreams, and careers are scattered among the ruins. 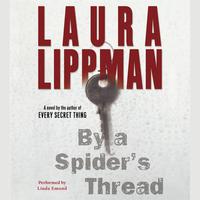 By a Spider's Thread - Abridged

Award-winning and New York Times bestselling author Laura Lippman’s Tess Monaghan—first introduced in the classic Baltimore Blues—must track down a missing wife and unravel the secrets in her marriage that led her to flee.

Mark Rubin's family is missing—and the police won't get involved because all the evidence indicates that his wife left... Read More » 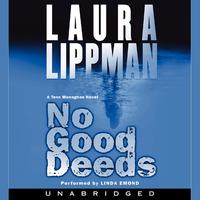 Award-winning and New York Times bestselling author Laura Lippman’s Tess Monaghan—first introduced in the classic Baltimore Blues—becomes involved in a complicated investigation that will force her to question her loyalties.

For Tess Monaghan, the unsolved murder of a young federal prosecutor is nothing more than a theoretical problem, one of... Read More » 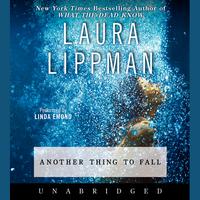 Another Thing to Fall
Laura Lippman

Another Thing to Fall 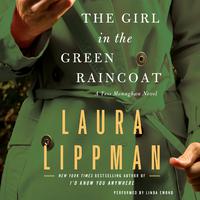 The Girl in the Green Raincoat
Laura Lippman

The Girl in the Green Raincoat

“Lippman is a writing powerhouse. ”

New York Times bestselling author Laura Lippman—winner of the Edgar® Award and every other major literary prize given for mystery and crime fiction—embroils Baltimore p.i. Tess Monaghan in the strange case of The Girl in the Green Raincoat. Originally serialized in... Read More » 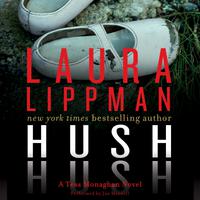 Tess Monaghan has encountered almost every possible criminal motive throughout her career: greed, revenge, jealousy, rage. But there are crimes that defy all attempts at understanding, where a search for motive... Read More »