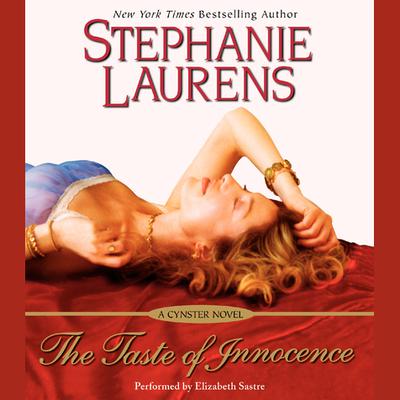 The Taste of Innocence - Abridged

When New York Times bestselling author Stephanie Laurens created the world of the Cynsters, she introduced readers to aristocratic British society, where arranged marriages are the norm and love is a dangerous indulgence. For no gentleman is this more true than Charles Morwellan, but, as Lord Meredith, he must marry, so he offers for his neighbor Sarah Conningham. She's intelligent enough to run his social life, beautiful enough to grace his arm, and old enough to know the value of his offer. But as a lady of independent means Sarah is unwilling to surrender unless it is for unbounded love.

But he convinces Sarah to give him two weeks to win her, after which, if he succeeds, they will marry immediately. And so begins an intense courtship. By day, Charles and Sarah are models of decorum. Each night they steal away and sensual embraces turn to searing kisses, which soon become much more.

After the wedding, despite nights of insatiable passion, Charles maintains an aloof distance. Sarah battles to prove that true love is a force that can't be contained, but it's only when she's engulfed in a web of increasingly dangerous incidents that Charles discovers how much he's willing to surrender to protect...the taste of innocence. 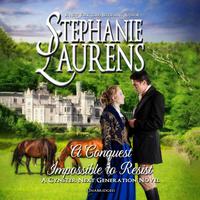 Prudence Cynster has turned her back on husband hunting in favor of horse hunting. As the head of the breeding program underpinning the success of the Cynster racing stables, she's... Read More » 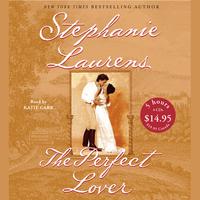 Simon Frederick Cynster has a perfect life -- one of enormous wealth and impeccable social status. His lean handsomeness turns the heads of naïve debutantes, while his sensual allure ensures he never lacks for more sophisticated partners for a night of pleasure.

However, Simon accepts that he must find a wife to achieve true contentment. Someone... Read More » 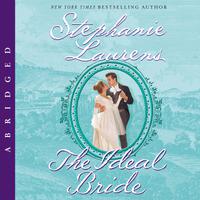 So he goes searching for his ideal bride, a gently bred, well-managed young lady. Michael discovers such a paragon, but finds a formidable obstacle in his path, the young... Read More » 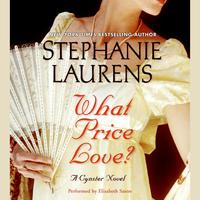 In Stephanie Laurens's newest novel, a passionate man and
a daring woman confront the ultimate question

Dillon Caxton, protégé of Demon Cynster, is now a man of sterling reputation, but it wasn't always so. Now impeccably honest, he is the Keeper of the Register of all racing horses in England. His standing and aloofness makes... Read More » 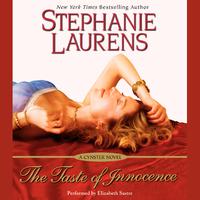 The Taste of Innocence - Abridged

When New York Times bestselling author Stephanie Laurens created the world of the Cynsters, she introduced readers to aristocratic British society, where arranged marriages are the norm and love is a dangerous indulgence. For no gentleman is this more true than Charles Morwellan, but, as Lord Meredith, he must marry, so he offers for his... Read More » 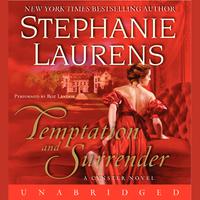 Stephanie Laurens continues her bestselling Cynster series with Temptation and Surrender, the story of Jonas Tallent, brother-in-law of Lucifer Cynster, who leaves the ballrooms of London to manage his family’s estate, and his romance with lady innkeeper Emily Beauregard. Read More » 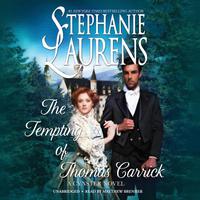 Thomas Carrick is a gentleman driven to control all aspectsof his life. As the wealthy owner of Carrick Enterprises, located in bustlingGlasgow, he is... Read More » 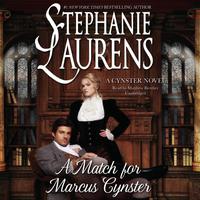 Restless and impatient, Marcus Cynster waitsfor fate to come calling. He knows his destiny lies in the lands surrounding hisfamily home, but what will his future be and with... Read More » 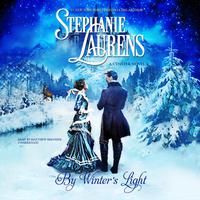 It’s December 1837, and the young adults of the Cynster clanhave succeeded in having the family Christmas celebration held at snowboundCasphairn Manor, Richard and Catriona... Read More » 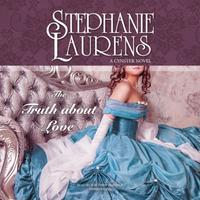 Bold, passionate, and possessive, the Cynster men let nothing stand in their way when it comes to claiming the women of their hearts. Gerrard Debbington, Vane Cynster’s brother-in-law, is one of London’s most eligible gentlemen. Uninterested in marriage, his driving passion is to paint the fabled gardens of Lord Tregonning’s Hellebore Hall, an... Read More »