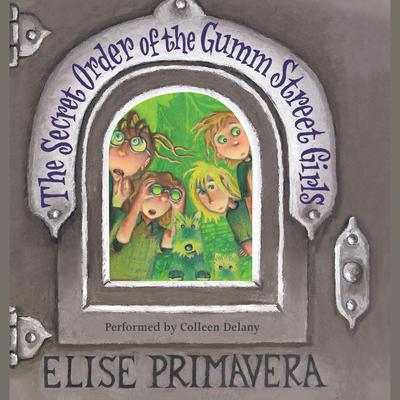 The Secret Order of the Gumm Street Girls - Abridged

For seven years, bad luck has followed Ivy around like a dog on a leash. And now her mother has dragged her to live in a creepy old house on Gumm Street, where the weather may be perfect but the neighbors are worse than unfriendly.

Then a pair of mysterious ruby-red slippers leads Ivy on an unforgettable adventure with those very same neighbors—bookish Pru, stuck-up Cat, and wannable adventurer Franny. Together, they travel to the jaw-droppingly strange lands of Spoz, and Spudz, and Ooze, and battle the fashionably mad Cha-Cha Staccato, who bears a frightening resemblance to a certain wicked witch . . .

As hilarious as it is original, as inventive as it is true-to-life, The Secret Order of the Gumm Street Girls is an unforgettable take on girlhood, piano recitals, The Wizard of Oz, and the dependable everyday magic of family and friendship.