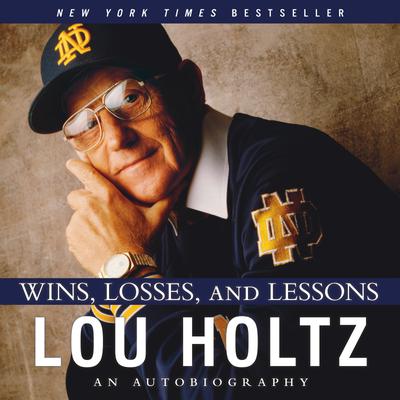 When I die and people realize that I will not be resurrected in three days, they will forget me. That is the way it should be. For reasons known only to God, I was asked to write an autobiography. Most people who knew me growing up didn't think I would ever read a book, let alone write one.—Lou Holtz

Few people in the history of college sports have been more influential or had a bigger impact than Lou Holtz. Winner of the three national Coach of the Year honors, the only coach ever to lead six different schools to season-ending bowl games, and the ninth-winningest coach in college football history, Holtz is still teaching and coaching, although he is no longer on the gridiron.

In his most telling work to date, the man still known as "Coach" reveals what motivated a rail-thin 135-pound kid with marginal academic credentials and a pronounced speech impediment to play and coach college football, and to become one of the most sought-after motivational speakers in history. With unflinching honesty and his trademark dry wit, Holtz goes deep, giving us the intimate details of the people who shaped his life and the decisions he would make that shaped the life of so many others.

His is a storied career, and Holtz provides a frank and inside look at the challenges he overcame to turn around the programs at William and Mary, North Carolina State, Arkansas, and Minnesota. From growing up in East Liverpool, Ohio, to his early days as a graduate assistant at the University of Iowa, to his national championship runs at Notre Dame and his final seasons on the sidelines in South Carolina, Lou Holtz gives his best, a poignant, funny, and instructive look into a life well lived.