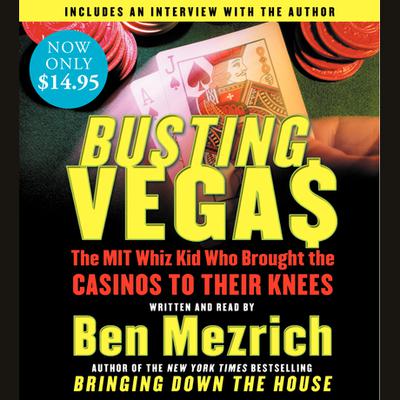 A True Story of Monumental Excess, Sex, Love, Violence, and Beating the Odds

Semyon Dukach was known as the darling of Las Vegas. A legend at twenty-one, this cocky hotshot was the biggest high roller to appear in Sin City in decades, a mathematical genius with a system the casinos had never seen before and couldn't stop -- a system that had nothing to do with card counting, wasn't illegal, and was more powerful than anything that had been tried before.

Dukach and his fellow MIT students hit them all and made millions. They came in hard, with stacks of cash; big, seemingly insane bets; women hanging on their arms; and fake identities. While they were taking classes and studying for exams during the week, over the weekends they stormed the blackjack tables, only to be banned from casinos, harassed, on the wrong end of guns, and beaten in the notorious back rooms of casinos.

The stakes were high, the dangers very real, but the players were up to the challenges, the consequences be damned. In the classroom, they were geeks. On the casino floor, they were unstoppable. Busting Vega$ is Dukach's unbelievably true story; a riveting account of monumental greed, excess, hubris, sex, love, violence, fear, and statistics that is high-stakes entertainment at its best.