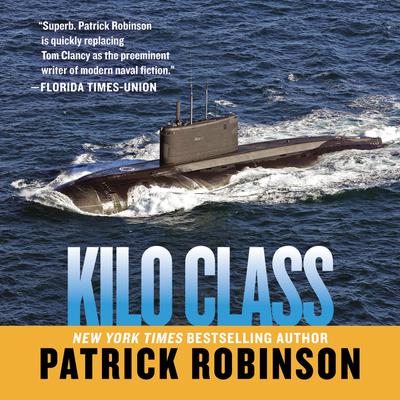 It's one of the stealthiest, most dangerous underwater warships ever built . . . silent at under five knots, and capable of a massive nuclear warhead punch. It's the weapon every Third World dictator covets. It's the 240-foot long Russian Kilo Class submarine and Russia seems perfectly willing to sell it to anyone - including China.

The U.S. Defense Department knows full well of China's intentions to use submarines to shut the U.S. Carrier Battle Groups out of the Taiwan Strait. And then to reclaim, by military force if necessary, the rich independent island which sits only one hundred miles off her eastern coastline. A strike force of patrolling Kilos could achieve that objective for Beijing. Two of the 10 Kilos have already been delivered.

The President's new National Security Adviser, the irascible Texan Admiral Arnold Morgan, prepares to send the U.S. Navy's most deadly Black Ops hit-squads deep into dark Russian waters. Their mission - to foil delivery of the other eight Kilos - is undertaken under the most crushing code of secrecy. One mistake could literally start World War III. As Moscow brings in an iron cordon of an escort for the submarine deliveries, Commander Boomer Dunning, the Black Ops Captain, races his 7,000-ton nuclear boat beneath the polar ice-cap to head them off.

Kilo Class is a taut techno-thriller of the highest quality, grounded in fact, and ringing with unmistakable authenticity. It is the story of a breathtaking race against time. Peppered with unforgettable characters, it takes the listener into the heart of the control room of a hunter-killer submarine.