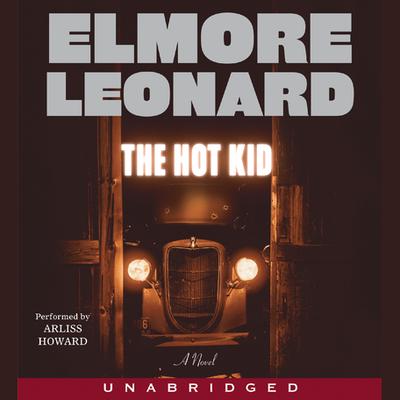 Carl Webster, the hot kid of the marshals service, is polite, respects his elders, and can shoot a man driving away in an Essex at four hundred yards. Carl works out of the Tulsa, Oklahoma, federal courthouse in the 1930s, the period of America's most notorious bank robbers. Dillinger, Baby Face Nelson, those guys.

Carl wants to be America's most famous lawman. He shot his first felon when he was fifteen years old. With a Winchester.

Jack Belmont wants to rob banks, become public enemy number one, and show his dad, an oil millionaire, he can make it on his own.With tommy guns, hot cars, speakeasies, cops and robbers, and a former lawman who believes in vigilante justice, all played out against the flapper period of gun molls and Prohibition, The Hot Kid is Elmore Leonard -- the true master -- at his best.