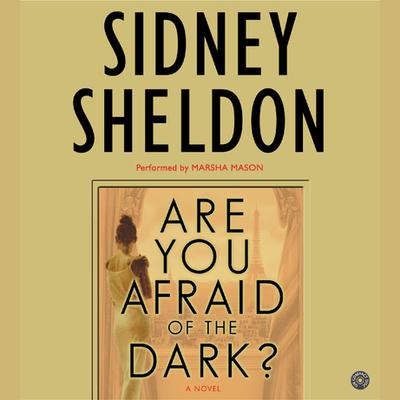 Are You Afraid of the Dark?

All around the globe, people are being reported dead or missing.

In Berlin, a woman vanishes from the city streets. In Paris, a man plunges from the Eiffel Tower. In Denver, a small plane crashes into the mountains. In Manhattan, a body washes ashore from the East River. At first these seem to be random incidents, but the police soon discover that all four of the victims are connected to Kingsley International Group (KIG), the largest think tank in the world.

Kelly Harris and Diane Stevens -- young widows of two of the victims -- encounter each other in New York, where Tanner Kingsley, the head of KIG, assures them that he is using every resource to solve the mysterious deaths of their husbands. But he may be too late. Someone is intent on murdering both women, and they suffer a harrowing series of close escapes. Who is trying to kill them and why?

Forced together for protection, and suspicious of each other and everyone around them, the two widows embark on a terrifying game of cat-and-mouse against the unknown forces out to destroy them.

Taut with suspense and vivid characterization, full of shocking twists, and with an unnervingly realistic premise, the long-awaited Are You Afraid of the Dark? is Sidney Sheldon at the top of his game.