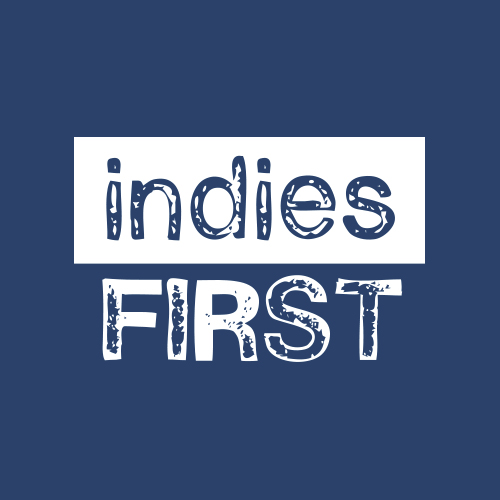 Indies First is the national campaign of activities and events in support of independent bookstores that takes place today, Saturday, November 25, 2017. Get 50% off all the bestselling audiobooks on this playlist. The promotion ends at Midnight PST. We're here to answer any of your questions at support@libro.fm. 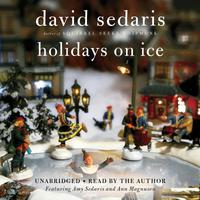 David Sedaris's beloved holiday collection is new again with six more pieces, including a never before published story. Along with such favorites as the diaries of a Macy's elf and the annals of two very competitive families, are Sedaris's tales of tardy trick-or-treaters ("Us and Them"); the difficulties of explaining the Easter Bunny to the... Read More » 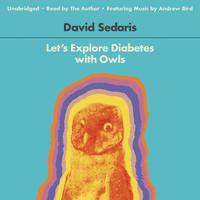 A new collection of essays from the #1 New York Times bestselling author who has been called "the preeminent humorist of his generation" (Entertainment Weekly).

From the unique perspective of David Sedaris comes a new collection of essays taking his listeners on a bizarre and stimulating world tour. From the perils of French dentistry to the... Read More » 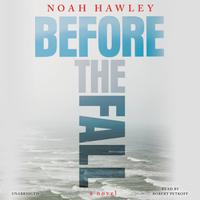 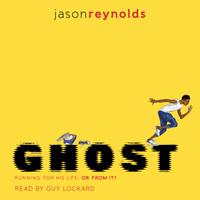 A National Book Award Finalist for Young People’s Literature.
Nominated as one of America’s best-loved novels by PBS’s The Great American Read.

Ghost wants to be the fastest sprinter on his elite middle school track team, but his past is slowing him down in this first electrifying novel of a brand-new series from Coretta Scott King/John Steptoe... Read More » 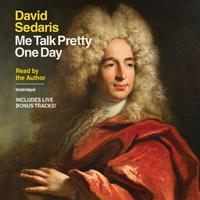 Me Talk Pretty One Day

A new collection from David Sedaris is cause for jubilation. His recent move to Paris has inspired hilarious pieces, including Me Talk Pretty One Day, about his attempts to learn French. His family is another inspiration. You Cant Kill the Rooster is a portrait of his brother who talks incessant hip-hop slang to his bewildered father. And no one... Read More » 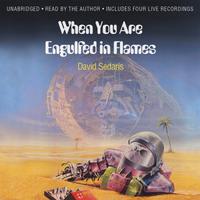 When You Are Engulfed in Flames

Once again, David Sedaris brings together a collection of essays so uproariously funny and profoundly moving that his legions of fans will fall for him once more. He tests the limits of love when Hugh lances a boil from his backside, and pushes the boundaries of laziness when, finding the water shut off in his house in Normandy, he looks to the... Read More » 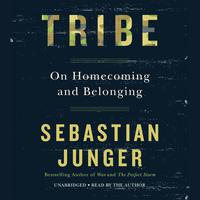 On Homecoming and Belonging

We have a strong instinct to belong to small groups defined by clear purpose and understanding--"tribes." This tribal connection has been largely lost in modern society, but regaining it may be the key to our psychological survival. 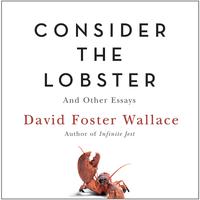 Do lobsters feel pain? Did Franz Kafka have a funny bone? What is John Updike's deal, anyway? And what happens when adult video starlets meet their fans in person?

David Foster Wallace answers these questions and more in essays that are also enthralling narrative adventures. Whether covering the three-ring circus of John McCain's 2000... Read More » 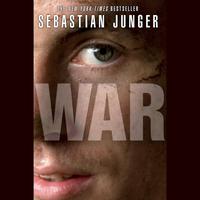 In WAR Sebastian Junger gives breathtaking insight into the truths of war-- the fear, the honor, and the trust among men. His on-the-ground account follows a single platoon through a 15-month tour of duty in the most dangerous outpost in Afghanistan's Korengal Valley. Through the experiences of these young men at war, he shows what it means to... Read More » 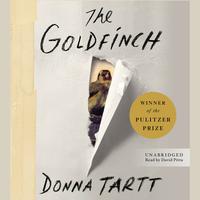 A Novel (Pulitzer Prize for Fiction)

“The Goldfinch was always one of those books I was intimidated to start. It's so long! And sprawling! Was I really going to commit to thirty hours of a book about a painting? The answer is: I waited much too long to get to this truly incredible story, and if you--like me--are daunted by this book's length and scope, the audiobook is for you. Read by veteran stage actor David Pittu (and award winning audiobook narrator), I was rapt from the opening scene to the very last. The story follows Theo Decker from the day he loses his mother in a terrorist attack inside New York City's Metropolitan Museum of Art through the rest of his youth. Theo is bounced through households, adrift without his mother, from the Upper East Side apartment of a wealthy schoolmate to his father's Las Vegas subdivision, always accompanied by the small, precious painting he took from the museum on the fateful day his mother died. It's an incredible coming of age tale, read by Pittu with humor and perfect dramatic timing. Despite the many hours I spent with this audiobook, I was sad when it was over. It is just that good.” 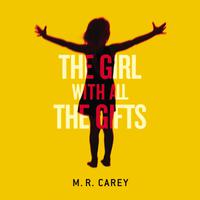 The Girl With All the Gifts

In the ruins of civilization, a young girl's kindness and capacity for love will either save humanity -- or wipe it out in this USA Today bestselling thriller Joss Whedon calls "heartfelt, remorseless, and painfully human."

Melanie is a very special girl. Dr Caldwell calls her "our little genius."

Every morning, Melanie waits in her cell to... Read More » 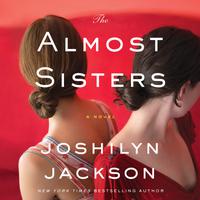 If you enjoyed The Forever Summer, then you’ll love The Almost Sisters. 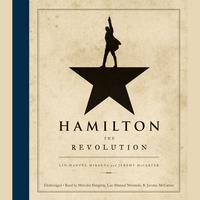 Lin-Manuel Miranda's groundbreaking musical, Hamilton, is as revolutionary as its subject: the poor kid from the Caribbean who fought the British, defended the Constitution, and helped to found the United States. Fusing hip-hop, pop, R&B, and the best traditions of theater, this... Read More » 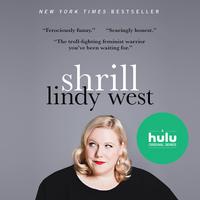 Notes from a Loud Woman

NAMED A BEST BOOK OF THE YEAR BY:
NPR, ESQUIRE, The LA Times, and NEWSWEEK

WINNER OF THE STRANGER GENIUS AWARD

Shrill is an uproarious memoir, a feminist rallying cry in a world that thinks gender politics are tedious and that women, especially feminists, can't be funny.

Coming of age in a culture that demands women be... Read More » 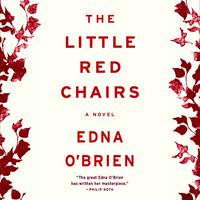 A fiercely beautiful novel about one woman's struggle to reclaim a life shattered by betrayal from the 2018 winner of the PEN/Nabokov Award for Achievement in International Literature.

One night, in the dead of winter, a mysterious stranger arrives in the small Irish town of Cloonoila. Broodingly handsome, worldly, and charismatic, Dr. Vladimir... Read More » 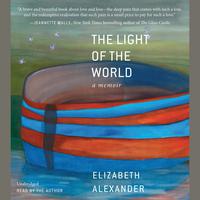 The Light of the World

A deeply resonant memoir for anyone who has loved and lost that is at once "remarkably uplifting" (Washington Post) and "crushing, lovely, painful, and above all powerful" (New York Journal of Books), from acclaimed poet and Pulitzer Prize finalist Elizabeth Alexander. 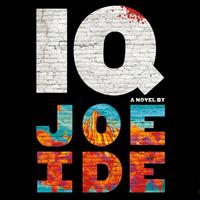 “This was an unexpected fantastic read. I was looking for an engaging audio book for a long car ride. And, I loved this so much that I finished it in record time. IQ lives in Long Beach and crime is real there. He's a bit of a slow burn. He sits back, observes and deduces. He's a private investigator for his community, charging what each person can afford. It's his way of giving back. In this first book, IQ is hired to find the people involved with the attempted murder of a rap star. The chapters alternate between this case and IQ's background and the plot lines work seamlessly together. Along with the engaging plot, Sullivan Jones, the narrator was absolutely fantastic. It was easy to tell who was speaking through his tone and inflection. He's a narrator I will be looking forward to hearing more from.” 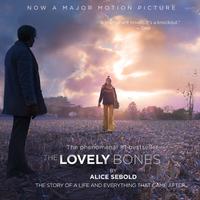 "My name was Salmon, like the fish; first name, Susie. I was fourteen when I was murdered on December 6, 1973."

So begins the story of Susie Salmon, who is adjusting to her new home in heaven, a place that is not at all what she expected, even as she is watching life on earth continue without her -- her friends trading rumors about her... Read More » 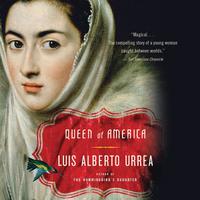 At turns heartbreaking, uplifting, fiercely romantic, and riotously funny, Queen of America tells the unforgettable story of a young woman coming of age and finding her place in a new world. 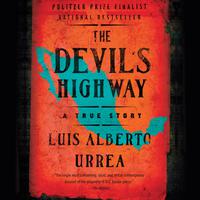 From a Pulitzer Prize finalist, "the single most compelling, lucid, and lyrical contemporary account of the absurdity of U.S. border policy" (The Atlantic).

In May 2001, a group of men attempted to cross the Mexican border into the desert of southern Arizona, through the deadliest region of the continent, the "Devil's Highway." Three years... Read More »