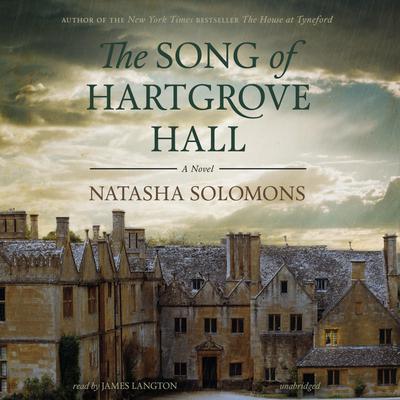 Three brothers return to Hartgrove Hall after World War II to find their beloved home hard-used by military forces and greatly in need of repair. Their efforts are complicated by the introduction of the oldest brother's fiance, Edie Rose, whose beautiful voice instilled hope in the British citizenry during the darkness of war. Soon, all three brothers are in love with Edie, but only one will ultimately win her hand. Fast-forward to present times and Edie has just passed away, leaving Fox reeling from his wife's death and mired in grief. Called upon to babysit his four-year-old grandson one day, he discovers that the lad is a prodigy at the piano with an uncanny ability to impart through his grandfather's musical compositions the emotions Fox felt when writing them. This novel is a joy to read and fills readers with a hope of restoration in the face of loss.

The Song of Hartgrove Hall

A captivating novel that evokes the author's New York Times bestseller The House at TynefordIt's a terrible thing to covet your brother's girl.New Year's Eve, 1946. Candles flicker, and a gramophone scratches out a tune as guests dance and sip champagne. For one night only, Hartgrove Hall relives better days. Harry Fox-Talbot and his brothers... Read more »

Wind City Books is proud to partner with Libro.fm to give you a great audiobook experience.