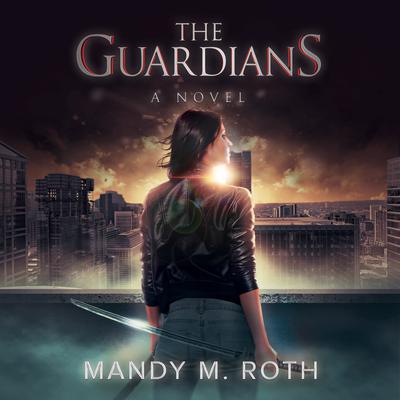 Butt-kicking Guardian, Madelyn Mason, is the only female in a sea of supernatural males. College student by day, she spends her nights fighting for mankind--the innocents, the ones who have no clue that the things of nightmares walk among the living.

Larger than life Hollywood hunk, Brady Devens, has won the hearts of millions of adoring fans. But, the only heart he wants to win is that of his mate, Madelyn. She hasn't shown an interest in him as anything more than a friend, and he’s beginning to think the Powers That Be goofed.

In this world of magik, mishap, demons, gods, and pleasure nymphs, anything is possible. Can they find a love that transcends time and space or will the Powers That Be decide maybe they weren’t destined for one another after all? 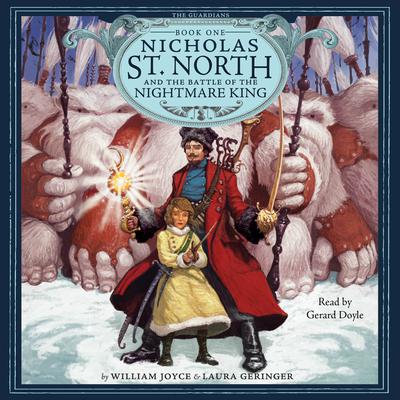 Nicholas St. North and the Battle of the Nightmare King

Forget naughty or nice—this is a battle of good vs. evil.

Discover the origins of St. Nick and follow along as the Guardians start their quest to rid the world of nightmares in the first Guardians chapter book from Academy Award winner William Joyce that inspired the beloved film, The Rise of the Guardians.

Before SANTA was SANTA, he was North,... Read more » 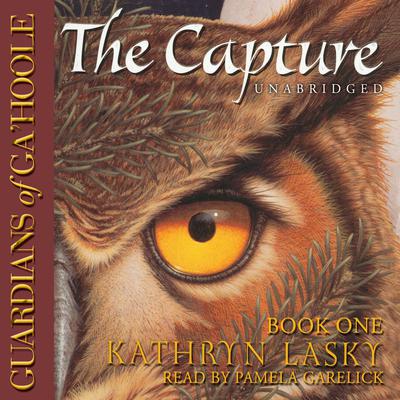 Soren is born in the forest of Tyto, a tranquil kingdom where the Barn Owls dwell. But evil lurks in the owl world, evil that threatens to change Soren’s life forever.

Soren is captured and taken to a dark and forbidding canyon where there is a mysterious school. It’s called an orphanage, but Soren believes it’s something far worse. 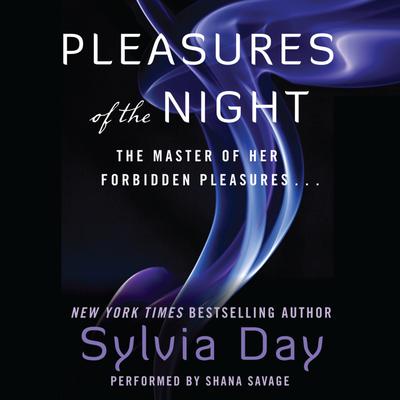 Pleasures of the Night
Sylvia Day

Pleasures of the Night

There are sensuous pleasures that can only be tasted in the night . . .

He comes to her in the twilight between sleep and consciousness to fulfill her secret desires. Lyssa Bates has never experienced such ecstasy, brought to her by a man whose deep, soul-penetrating blue eyes hold the promise of tempting intimacies and decadent pleasures. But... Read more » 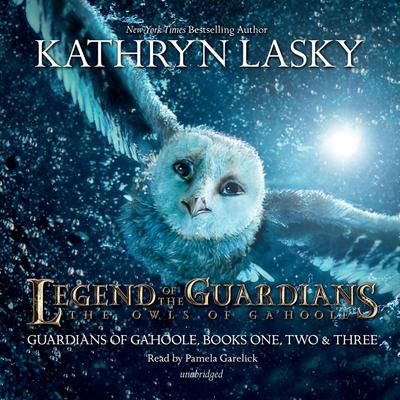 Legend of the Guardians: The Owls of Ga’Hoole
Kathryn Lasky

Legend of the Guardians: The Owls of Ga’Hoole

This box set contains the first three books by Kathryn Lasky, which are the basis of the animated movie, Legend of the Guardians: The Owls of Ga’Hoole.

The Capture, Book One. Soren is born in the forest of Tyto, a tranquil kingdom where the Barn Owls dwell. But evil lurks in the owl world, and Soren is captured and imprisoned in a dark canyon... Read more » 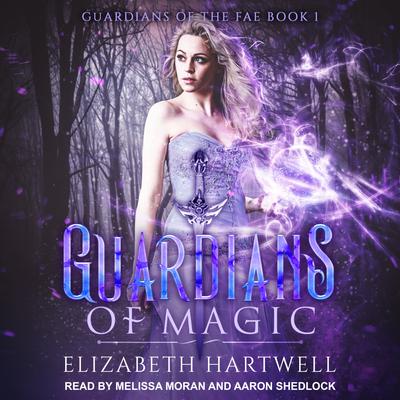 One strong woman. Four hulking Fae Guardians. Even a dark secret that could destroy the world doesn't stand a chance. Paranormal detective Eve Carter knows things. She's always had uncanny gut instincts. When a run of supernatural murders take place, Eve thinks she may be the only one who can save her once idyllic hometown from the dark... Read more » 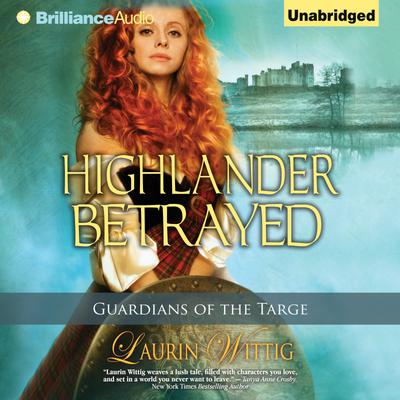 Deep in the rugged Scottish countryside lies the Highland Targe, an ancient relic that, along with its Guardian, protects the heart of the Highlands. For centuries, the MacAlpin clan has watched over the Targe, but Lady Elspet, the current Guardian, is gravely ill. Her niece Rowan MacGregor, the rock of the family, is doing everything she can... Read more » 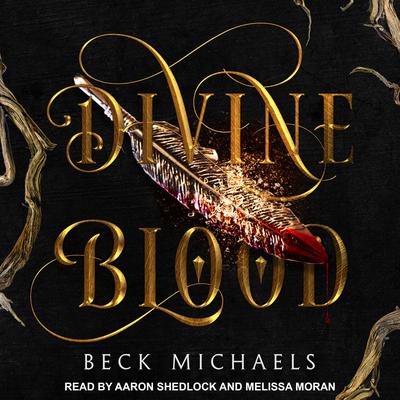 A map to a place they each desire. A destiny they didn't expect. The Shadow demon nearly took everything from Dynalya Astron, and it would soon return for more. When she discovers a way to fight back, she must go on a perilous journey and risk it all for those she holds dear. Along the way, she meets Cassiel, a Celestial Prince with magic blood... Read more » 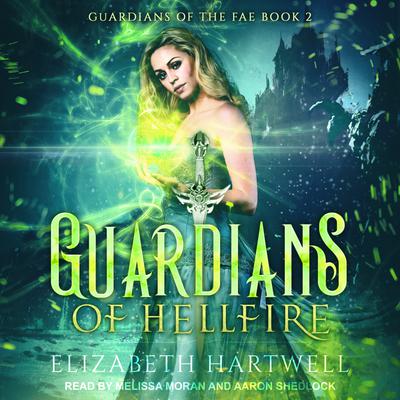 One strong woman. Four sexy Guardians sworn to protect her. A raging hellfire that'll test their bond. Within minutes, everything Eve Carter thought she knew about her life was eradicated by a volley of Hellfire. She's being called a Demon. It shouldn't be possible. No one has ever possessed both Demonic and Fae magic before. But the fury behind... Read more » 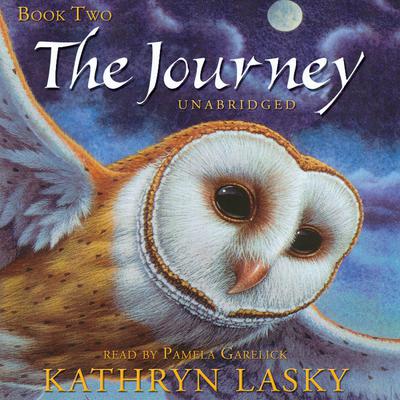 The second book in this enchanting series continues this classic hero mythology about the battle between good and evil and chronicles Soren’s quest for nobility.

It began as a dream, a quest for the Great Ga’Hoole Tree, a mythic place where each night an order of owls rises to perform noble deeds. There Soren, Gylfie, Twilight, and Digger hope to... Read more » 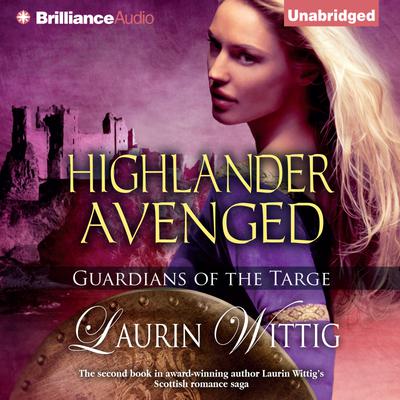 Although the English king tried to wrest it away, the Highland Targe—ancient relic and protector of Scottish lands—still lies safely in the hands of Clan MacAlpin. But for how long?

Jeanette MacAlpin trained her entire life to become the next Guardian of the Targe, but that duty has now fallen to her cousin Rowan—a duty Rowan can’t seem to... Read more » 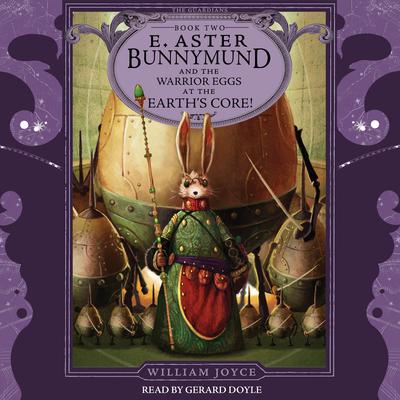 E. Aster Bunnymund and the Warrior Eggs at the Earth's Core!
William Joyce

E. Aster Bunnymund and the Warrior Eggs at the Earth's Core!

Forget the bunny trail. E. Aster Bunnymund is on a warpath. In this second chapter book in Academy Award winner William Joyce’s The Guardians series, sometimes you have to crack a few eggs.

Pitch, the Nightmare King, and his Fearlings had been soundly driven back by Nicholas St. North and company in the first Guardians’ adventure. But now Pitch... Read more » 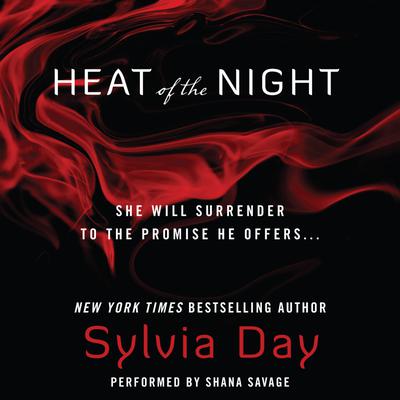 Heat of the Night
Sylvia Day

Heat of the Night 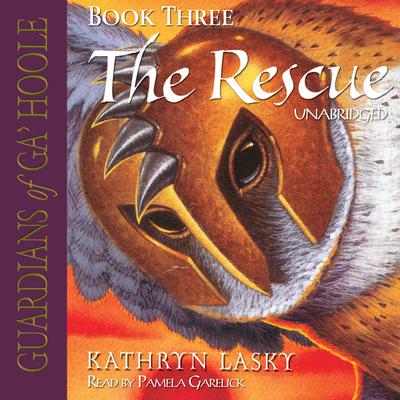 Ever since Soren was kidnapped and taken to the St. Aegolius School for Orphaned Owls, he has longed to see his sister, Eglantine, again. Now Eglantine is back is Soren’s life, but she’s been through an ordeal too terrible for words. Deep within Soren’s gizzard, something more powerful than knowledge tells him there’s a connection between these... Read more » 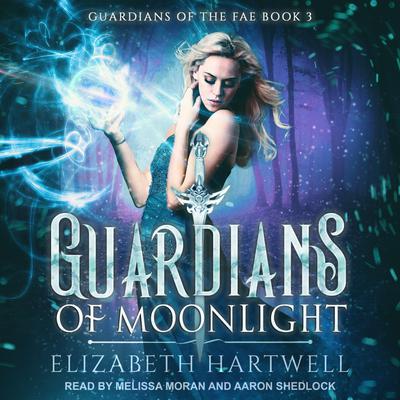 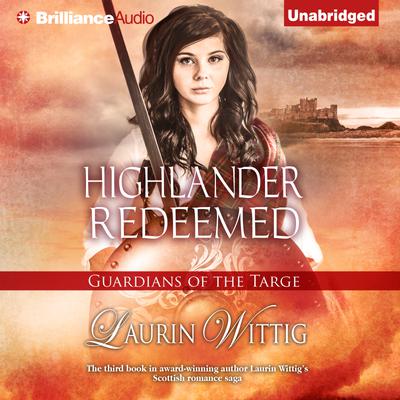 Scotia MacAlpin may be only eighteen years old, but she’s no stranger to trouble. Her latest incident—which resulted in a death and forced her clan into battle—has made her an outcast among her exiled people. Scotia is tired of being ignored and overshadowed by her sister, a gifted Guardian of the Targe, and she’s become hell-bent on destroying... Read more » 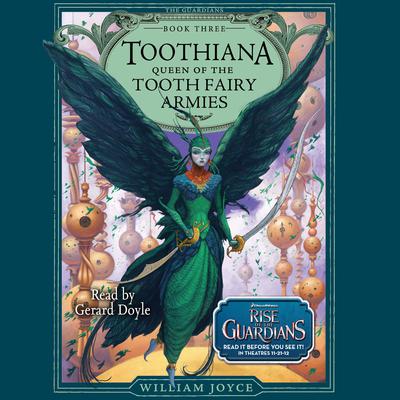 Beware a tooth fairy queen scorned in this, the third chapter book of Academy Award winner William Joyce’s The Guardians series. There’s a lot more to this tooth-swiping sprite than meets the eye!

When last we heard, the Guardians were resting easy with the knowledge that the children of Santoff Clausen were finally safe from Pitch’s dastardly... Read more » 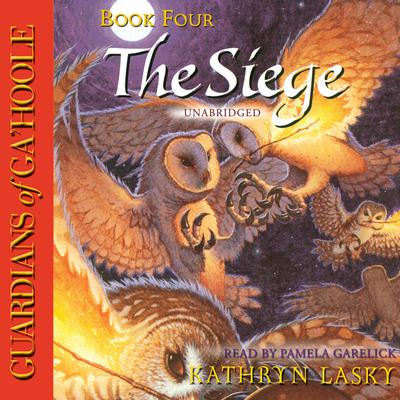 Soren’s beloved mentor, Ezylryb, is finally back at the Great Ga’Hoole Tree. But all is not well. There’s a war between good and evil in the owl kingdom. On one side is a group led by Soren’s fearsome brother, Kludd, who wears a terrifying metal mask to cover his battle-scarred face. On the other side are the owls of the Great Ga’Hoole Tree, who... Read more » 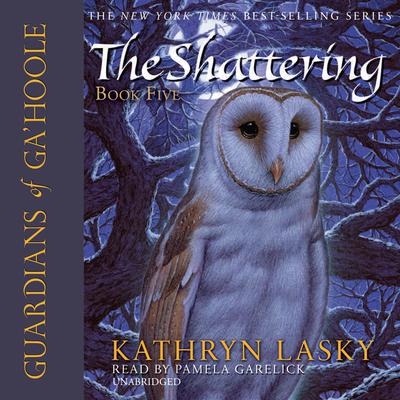 In the midst of war, Soren’s sister, Eglantine, unwittingly becomes a spy for Kludd, leader of the Pure Ones, a group of evil owls. She is brainwashed by an owl sent by the Pure Ones to infiltrate the Great Ga’Hoole Tree. Her odd behavior eventually attracts attention, and Soren and his friends vow to find out what has happened. They ultimately... Read more » 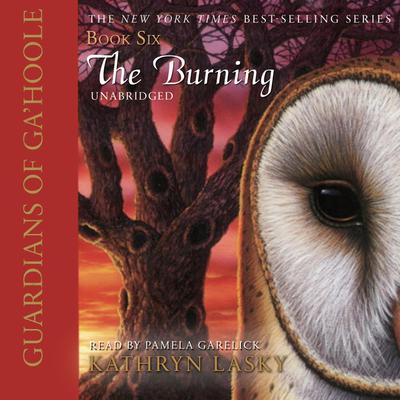 Soren and his band are sent to the mysterious Northern Kingdoms to gather allies and learn the art of war in preparation for the coming cataclysmic battle against the sinister Pure Ones. Meanwhile, in the Southern Kingdoms, St. Aggie’s has fallen to the Pure Ones, and they are using its resources to plan a final invasion of the Great Ga’Hoole... Read more » 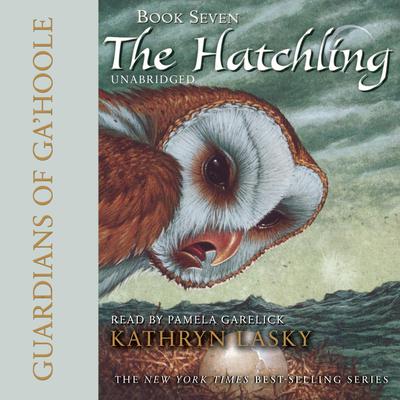 Beneath a shadowed moon in a cloud-streaked sky, the sacred orb splits and a hatchling is born. It is Nyroc, son of Kludd, fallen leader of the Pure Ones, and his evil mate, Nyra. Born from evil, trained to evil, Nyroc is destined to fulfill his father’s terrible plan: the oppression of all owldom under the vicious talons of the Pure Ones. 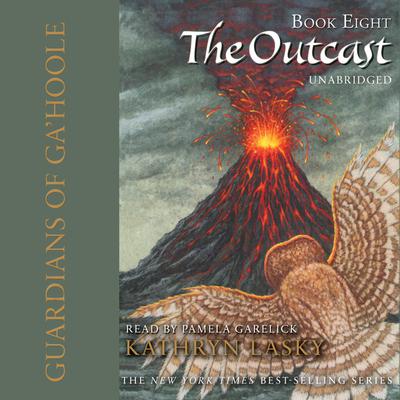 Nyroc has exiled himself from the wicked Pure Ones. He flies alone, feared and despised by those who know him as Kludd’s son, hunted by those whose despotism he has rejected, and haunted by ghostly creatures conjured by Nyra to lure him back to the Pure Ones. He yearns for a place he only half believes in—the great tree—and an uncle who might be... Read more » 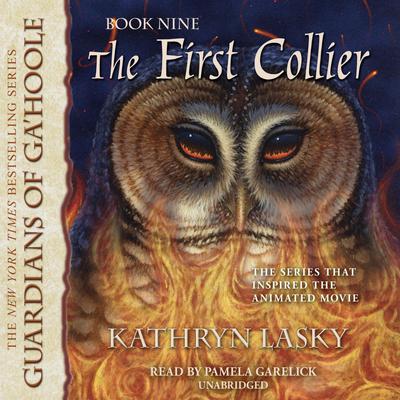 The Guardians of Ga’Hoole series is full of magic and charm—and great for girls and boys alike. This is the first book in the fantastic prequel trilogy.

It is a time of Legends and a time of chaos, warlords vie for power and marauding outlaws roam the land, and an ancient malevolence that will threaten the very existence of the Great Ga’Hoole... Read more » 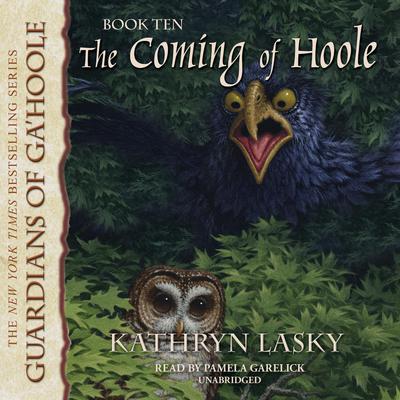 The Coming of Hoole
Kathryn Lasky

A grizzled collier will tend a young prince in exile. An... Read more » 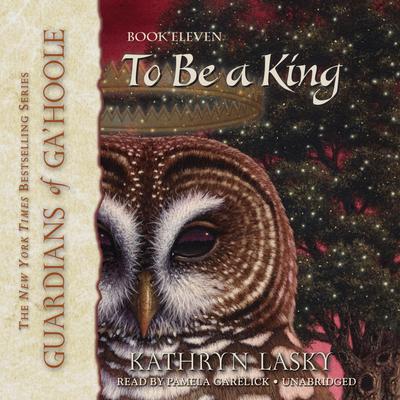 To Be a King
Kathryn Lasky

To Be a King

The eleventh title in the New York Times bestselling Guardians of Ga’Hoole series brings Hoole to kingship and thelegends to fulfillment, signaling a return to the adventures of Coryn, Soren,and the Band.

In this next adventure, Hoole reclaims the throne ofhis father and goes on to wage a war against the forces of chaos, greed, andoppression led... Read more » 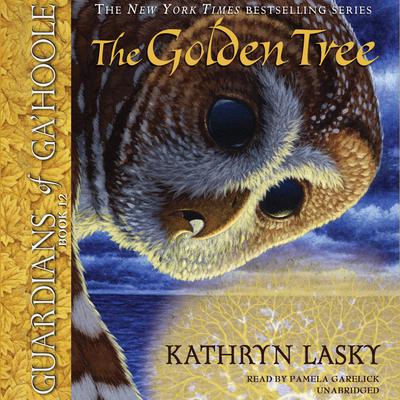 Coryn,Soren, and the Band preside over a new golden age of the Great Tree under thesubtle influence of the ember. All seems well, but beneath the prosperity ofpeace, Coryn is tortured by the suspicion that his evil mother, Nyra, is ahagsfiend and that his own blood carries the haggish taint. He wanders afar,searching for the truth from... Read more » 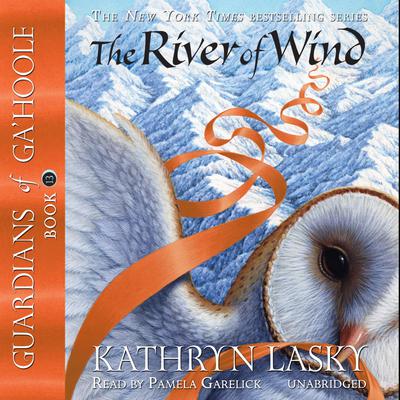 The River of Wind
Kathryn Lasky

The River of Wind

The adventure continues! In a land no owl knew existed,Soren, Coryn, and the Guardians find danger, knowledge, and new allies.

Coryn and the Band have returned to the Great Ga’HooleTree and restored order. With the ember safely hidden away, the tree shakes offits gaudy golden glow and recovers its natural majesty. Meanwhile, deep in thePalace of... Read more » 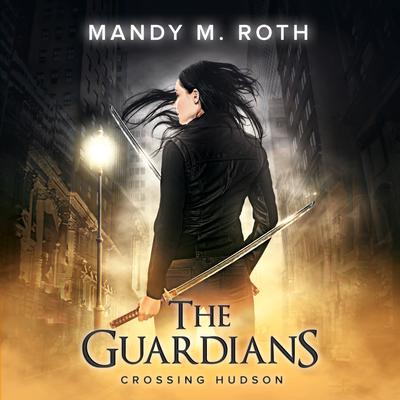 Beware of slayers in sheep’s clothing.

Maryann “Ryan” Mackenzie was raised to be the perfect mate to a powerful alpha male, with the sole purpose of helping him resist his dark side. What better way to fight darkness than to make her emulate all that is goodness and light? That was before everything she loved was taken away from her. Sweet... Read more »

Butt-kicking Guardian, Madelyn Mason, is the only female in a sea of supernatural males. College student by day, she spends her nights fighting for mankind--the innocents, the ones who have no clue that the things of nightmares walk among the living.