Few historical figures are as intriguing as John Brown, the controversial Abolitionist who used terrorist tactics against slavery and single-handedly changed the course of American history. This brilliant biography of Brown (1800—1859) by the prize-winning critic and cultural biographer David S. Reynolds brings to life the Puritan warrior who gripped slavery by the throat and triggered the Civil War.

When does principled resistance become anarchic brutality? How can a murderer be viewed as a heroic freedom fighter? The case of John Brown opens windows on these timely issues. Was Brown an insane criminal or a Christ-like martyr? A forerunner of Osama bin Laden or of Martin Luther King, Jr.? David Reynolds sorts through the tangled evidence and makes some surprising findings.

Reynolds demonstrates that Brown’s most violent acts–his slaughter of unarmed citizens in Kansas, his liberation of slaves in Missouri, and his dramatic raid, in October 1859, on the federal arsenal at Harpers Ferry, Virginia–were inspired by the slave revolts, guerilla warfare, and revolutionary Christianity of the day. He shows us how Brown seized the nation’s attention, creating sudden unity in the North, where the Transcendentalists led the way in sanctifying Brown, and infuriating the South, where proslavery fire-eaters exploited the Harpers Ferry raid to whip up a secessionist frenzy. In fascinating detail, Reynolds recounts how Brown permeated politics and popular culture during the Civil War and beyond. He reveals the true depth of Brown’s achievement: not only did Brown spark the war that ended slavery, but he planted the seeds of the civil rights movement by making a pioneering demand for complete social and political equality for America’s ethnic minorities.

A deeply researched and vividly written cultural biography–a revelation of John Brown and his meaning for America.

DAVID S. REYNOLDS is Distinguished Professor of English and American Studies at the Graduate Center and Baruch College of the City University of New York. He received his B.A. from Amherst College and his Ph.D. from the University of California, Berkeley. He has taught at Rutgers University, New York University, Barnard College, and Northwestern University. His Walt Whitman's America won the Bancroft Prize, the Ambassador Book Award, and was a finalist for the National Book Critics Circle Award. Beneath the American Renaissance won Phi Beta Kappa's Christian Gauss. 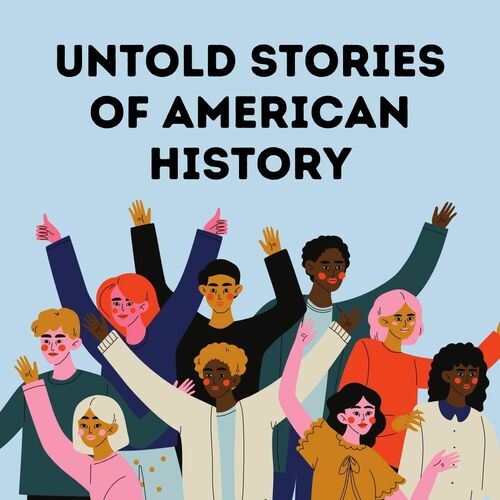 “Almost every page forces you to think hard, and in new ways, about American violence, American history, and what used to be called the American character.”
–Adam Gopnik, The New Yorker

“Splendidly written . . . the reader is led carefully by the author, who builds the story and lets the readers draw their own conclusions about Brown and his actions . . . Reynolds is that rarest of authors who knows how to write well and who successfully presents a life-size image of Brown, warts and all.”
–Brian Richard Boylan, Denver Post

“ This well-researched book . . . peels away some of the extreme interpretations of Brown and offers a generally balanced and objective assessment of why he should matter.”
–Robert Joiner, St. Louis Post-Dispatch

“A masterful exploration of a fascinating, flawed character and his cultural impact.”
–Cameron McWhirter, Atlanta Journal-Constitution


Advance Praise
"Nobody could save John Brown from the gallows in Charles Town Virginia, on December 2, 1859, but David Reynolds dazzlingly rescues him from misreadings in American history occupying the extremes of the spectrum from Brown as a Christ martyred in the abolitionist cause to Brown as a cruel and wanton terrorist. Reynolds’ scholarly but vivid life is truly thrilling in the way it peels away the overpainting of 150 years to reveal the old-style Puritan whose soul went marching on into the Civil War and the end of slavery.”
–Sir Harold Evans, author of The American Century

“A thoroughly researched, eloquently articulated study by America’s foremost cultural biographer. The book relates Brown’s militant abolitionism to contemporary cultural forces, to the Garrisonians, to Nat Turner and other slave revolts, to the legacy of New England Puritanism, and to prominent Transcendental abolitionists like Emerson and Thoreau. Reynolds defends John Brown’s place in history without apologizing for his actions, and John Brown, Abolitionist is the most important work on John Brown ever written.”
–Mason I. Lowance, Jr., author of A House Divided: The Antebellum Slavery Debates in America, 1776-1865

“John Brown, Abolitionist presents the most complete portrait to date of one of the nation’s most enigmatic figures–at once a messianic rebel, a terrorist, and a folk hero–and the war for black freedom he helped to catalyze.”
–Eric J. Sundquist, author of To Wake the Nations: Race in the Making of American Literature

“A brilliant study of the Puritan abolitionist, John Brown, whose rigid morality and calculated use of brutality defied the non-violent methods of conventional abolitionists. An American radical who recognized the tactical power of terror, Brown plotted his famous raids methodically, resolving to become the spark that triggered the the Civil War.”
–Cynthia Griffin Wolff, author of Emily Dickinson

“Was John Brown a fanatic or a folk hero, a terrorist or an anti-slavery martyr? In John Brown, Abolitionist, David Reynolds delivers an authoritative and richly detailed account of one of the most controversial and fascinating figures of the Civil War.”
–Jay Winik, author of April 1865: The Month That Saved America

“This is a new Old John Brown. With post-9/11 eyes, David Reynolds examines Brown’s views on race and his relationships with black people, and explores the Transcendentalists’ role in creating a national icon out of America’s most famous home-grown terrorist.”
– Jean Fagan Yellin, author of Harriet Jacobs: A Life Expand reviews