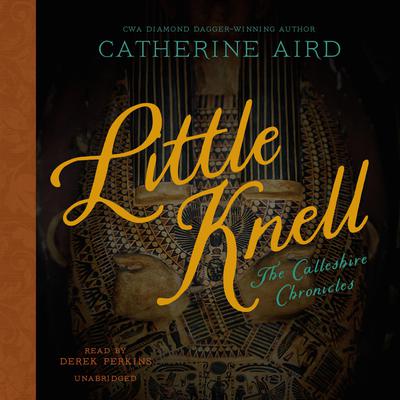 Colonel Caversham, once prominent in the British colonial service, has died and left his large collection of artifacts to the local Calleshire museum. Included in those artifacts is a three-thousand-year-old Egyptain mummy and case, now the responsibility of one Mr. Fixby-Smith, curator of the Greatorex Museum.

What should be a simple moving job, however, is complicated by the fact that the local coroner, Mr. Granville Locombe-Stableford, will allow no body—no matter how ancient—to be moved without his consent.

Which is how Detective Chief Inspector C. D. Sloan is dragged away from his more pressing concern with the burgeoning local drug problem and sent to the museum to sort out egos and red tape. When the lid of the mummy case is raised, however, what greets the coroner, curator, and inspector is not what they expect.

Instead of the remains of the ancient Rodoheptah, they find the body of an unidentified young woman who has been dead only a matter of days … 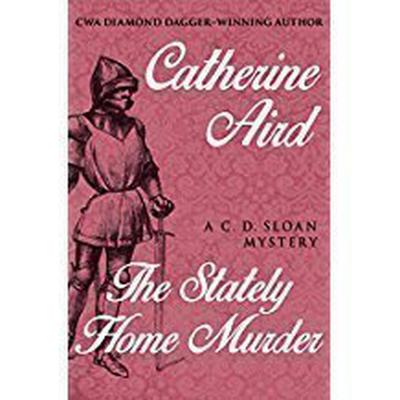 There's been a murder at the Manor!

At this stately home, now open for public tours, visitors revel in the lush atmosphere created by its three hundred rooms, its exceptional display of fine china, its chilling dungeon with historic suits of armor on display, evoking the spirits of knights from a forgotten age. Young Michael's sister, a visitor... Read more » 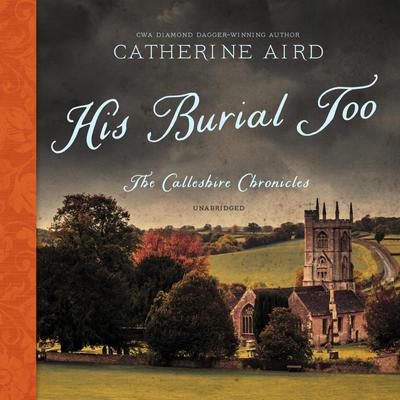 His Burial Too
Catherine Aird

Detective Inspector C. D. Sloan puzzles over an industrialist crushed under the rubble of a church tower in this crime novel by a CWA Diamond Dagger winner.

On the hottest day in living memory, Richard Mallory Tindall, the owner of a patent firm, does not return home to Cleete village. When a man is found crushed to death, Tindall's case goes from... Read more » 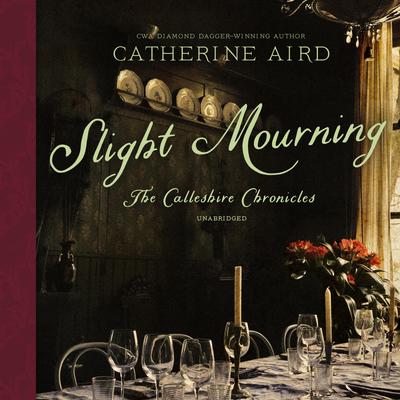 Twelve friends sit down for supper at Strontfield Park, but only eleven survive the evening. After dinner, the host, William Fent, offers to drive one of his guests home, only to die... Read more » 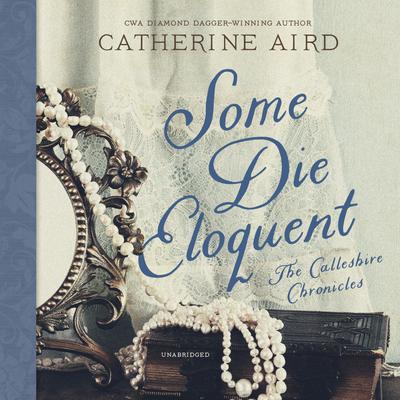 A deadly mystery by CWA Diamond Dagger winner Catherine Aird: where there's a will, there's a way-for murder

That Miss Beatrice Wansdyke had died is not particularly surprising. A chemistry mistress at the Girls' Grammar School in Berebury, she was a longtime sufferer of diabetes who managed to live her modest life to a ripe old age. But one... Read more » 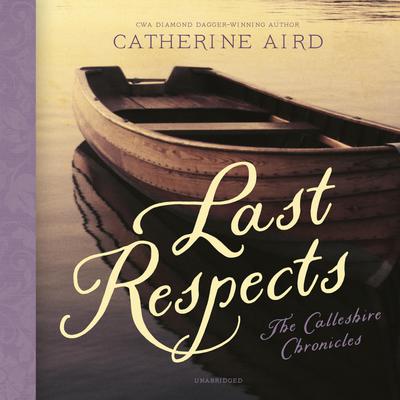 In this C. D. Sloan Mystery by CWA Diamond Dagger winner Catherine Aird, a body is found in the river-but the victim didn't drown.

When local fisherman Horace Boller decided to row his boat out on the tidal backwash of the river one morning, he couldn't have meant to land a catch like this. What he ended up with was a body floating on the river's... Read more » 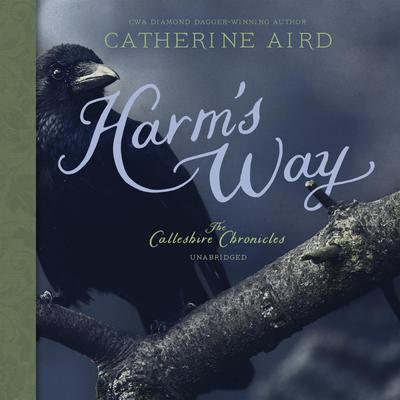 When the Berebury Footpaths Society created their locally infamous motto, "Every walk a challenge," they couldn't have known just how apt it would be. Avid hikers Wendy Lamport and Gordon Briggs suffer from a good walk spoiled when, while reclaiming a public footpath from the greedy barbed-wire fences of encroaching farmers, a crow drops a... Read more » 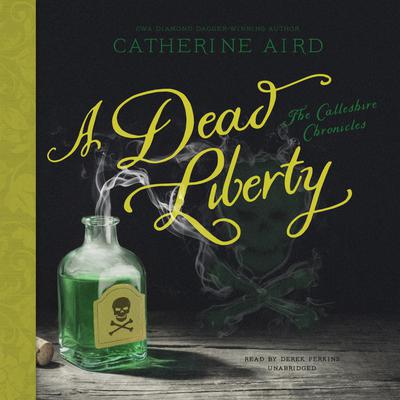 A crime of passion, a jealous admirer, a woman who would kill before she would be spurned—it might all fit if only the primary suspect would talk in CWA Diamond Dagger winner Catherine Aird’s A Dead Liberty.

Lucy Durmast waits patiently in front of the judge at her own murder trial, refusing to utter a single word. Kenneth Carline, an employee of... Read more » 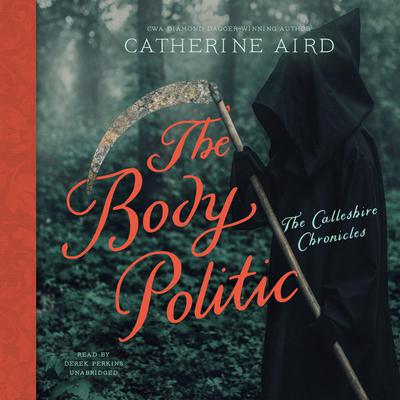 From CWA Diamond Dagger winner Catherine Aird: Caught between an angry government and his employer's profits, an engineer conveniently dies ... Can Calleshire's greatest detective bring the guilty to justice?

What's the value of one British engineer when stacked against the exclusive mining rights to a rare, strategically important, and extremely... Read more » 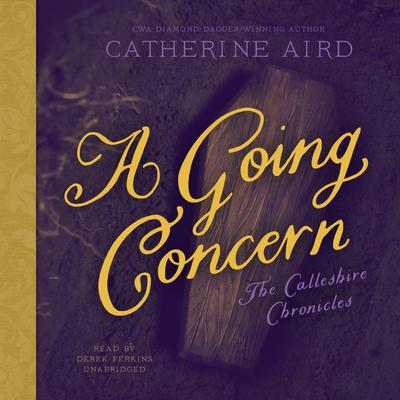 A bizarre clause in an elderly woman’s will exposes a dirty secret—and a murder—in this “intricate, witty, and thoroughly delightful” mystery (Publishers Weekly).

It was an odd request, but when Octavia Garamond passed away, she left explicit instructions in her will: The police must be present at her funeral, and the coroner should be... Read more » 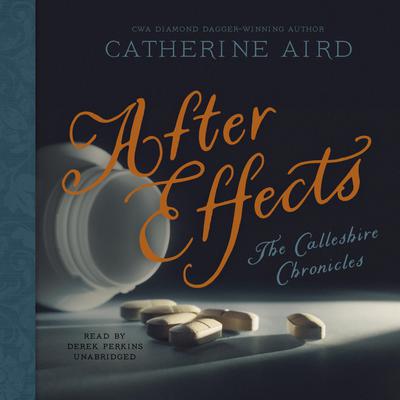 In this mystery by CWA Diamond Dagger winner Catherine Aird, Detective Inspector C. D. Sloan investigates a case of medical malpractice that looks a bit too much like foul play.

Muriel Ethel Galloway passed away at home, twitching and grasping at objects only she could see. Her family mourns, sad but unsurprised that an old woman suffering from... Read more » 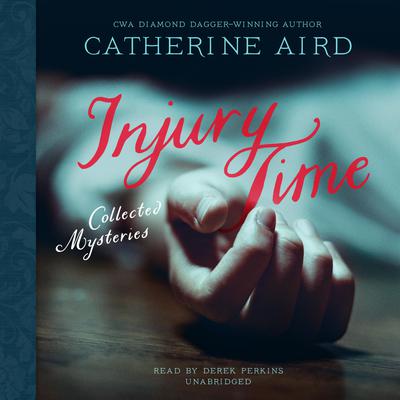 A professional pickpocket and accomplished thief ignores his wife’s warnings and embarks on an adventure that will change his life—perhaps for the better. A technological marvel of a sports car kills a pedestrian, but no one was at the wheel.... Read more » 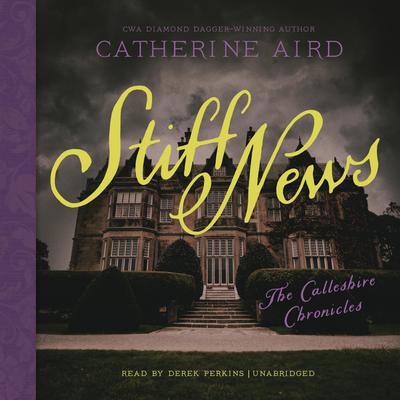 In Catherine Aird’s Stiff News, a letter received by an old woman’s son after her death alerts Detective Inspector C. D. Sloan that one woman’s death by natural causes in a local nursing home may actually be murder. But that is just the beginning of the odd goings-on in this nursing home catering to former members of a WWII regiment. Read more »

Colonel Caversham, once prominent in the British colonial service, has died and left his large collection of artifacts to the local Calleshire museum. Included in those artifacts is a three-thousand-year-old Egyptain mummy and case, now the responsibility of one Mr. Fixby-Smith, curator of the Greatorex Museum.

What should be a simple moving job,... Read more » 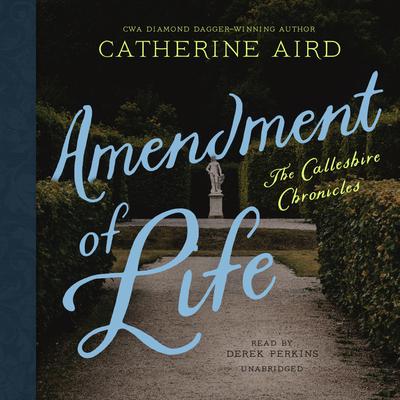 For decades, Catherine Aird’s crime novels featuring C. D. Sloan have been beloved by fans and lauded by critics for their adroit plotting, playful wit, and literate charm. With Amendment of Life, Aird delivers the lively and engrossing novel that readers have come to rely upon. 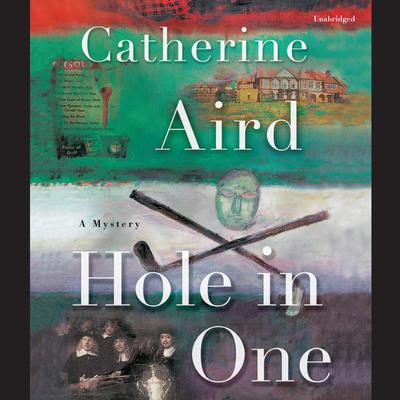 Hole in One
Catherine Aird

Berebury golf course in the county of Calleshire is an unlikely place for a murder. Set in pleasant landscape and boasting a splendid view of the town of Berebury, the golf course is more situated to fun and games than murder and mayhem. So when flirtatious golfing beginner Helen Ewell goes in search of a wayward golf ball in the dreaded "Hell's... Read more » 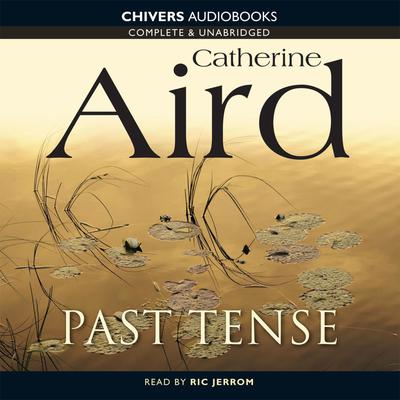 Detectives Sloan and Crosby find themselves assigned two rather puzzling cases. First, there’s the young woman’s body which has been discovered in the River Alm. And then there’s the mysterious break-in at the Berebury Nursing Home. To be precise, it’s Josephine Short’s room at the nursing home that’s been entered, although nothing seems to be... Read more » 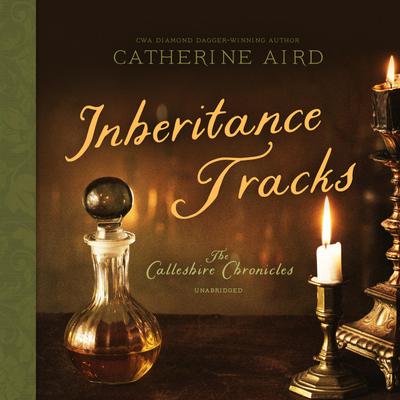 Four strangers arrive at the solicitors' office of Puckle, Puckle, and Nunnery. They have never met, and have no idea why they have been invited. But they-along with a missing man-are descendants of the late Algernon George Culver Mayton, the inventor of "Mayton's Marvellous Mixture" and each entitled to a portion of the Mayton Fortune. But... Read more »

Notice to our customers about Little Knell