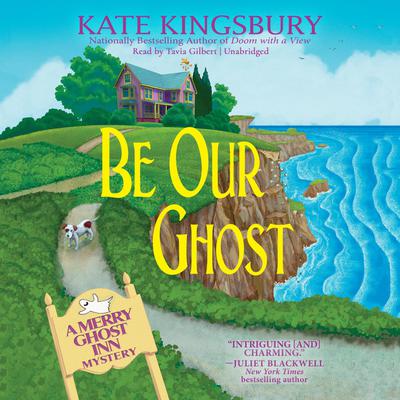 If bed-and-breakfast owners Melanie and Liza, along with their laughing ghost tenant, can't find a real estate developer's killer, their own estate will end up with their next of kin.

The Merry Ghost Inn is well and truly open for business. Melanie West, her grandmother, Liza, and their beloved sheepdog and wolfhound mix, Max, are rapidly getting the hang of running their charming bed-and-breakfast inn on the rocky Oregon coast. Not that business goes without a hitch-when your hostelry boasts its own laughing resident ghost, you'd better expect the out-of-the-ordinary. But Melanie and Liza take it all in stride ... until a hotshot real estate developer arrives in Sully's Landing, touting his plans to build a tacky amusement arcade smack dab in the middle of the tasteful cliff-side town.

No one in Sully's Landing can stand the gaudy developer, but it's still a shock when he ends up murdered. It's even more shocking when Liza's friend, Doug, emerges as the chief suspect. Melanie and Liza put on their sleuthing caps yet again and set out to clear Doug's name. They nearly check into accommodations six feet under when, en route to the crime scene, their brakes give out and they narrowly miss plunging over the cliffs to the beach below. Meanwhile, the merry ghost who haunts the inn tries to help by dropping clues for Melanie to find, but her mind is otherwise preoccupied when the killer kidnaps Liza and holds her prisoner.

Now, it's up to Melanie to piece together the ghost's clues, save her mother, exonerate her friend, keep her guests happy, and make sure Max gets his walkies in Kate Kingsbury's third mirthful Merry Ghost Inn mystery, Be Our Ghost. 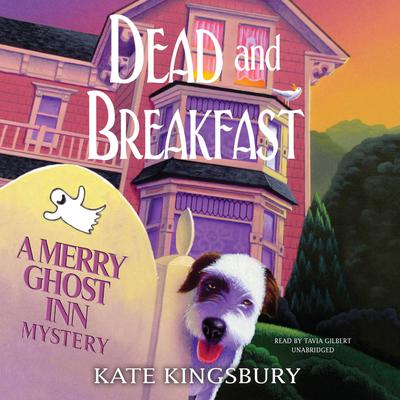 Melanie West is getting her life back on track after a messy divorce when her grandmother, Liza Harris, asks her to join her in opening a bed-and-breakfast inn. Together, Liza and Melanie purchase a purportedly haunted mansion on the Oregon coast and jump right into clearing out the cobwebs. But while attempting to remove wallpaper in an... Read more » 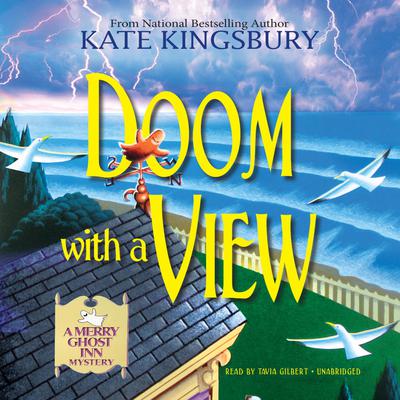 Doom with a View
Kate Kingsbury

Doom with a View

With the arrival of six senior reading group members at the Merry Ghost Inn, the long-awaited grand opening week has finally begun for Melanie West and her grandmother Liza. All is well with the Oregon coast-side B&B until Melanie's dog, Max, finds the dead body of one of their guests.Everyone at the inn immediately falls under suspicion,... Read more »

Be Our Ghost
Kate Kingsbury

If bed-and-breakfast owners Melanie and Liza, along with their laughing ghost tenant, can't find a real estate developer's killer, their own estate will end up with their next of kin.

The Merry Ghost Inn is well and truly open for business. Melanie West, her grandmother, Liza, and their beloved sheepdog and wolfhound mix, Max, are rapidly getting... Read more »

Notice to our customers about Be Our Ghost