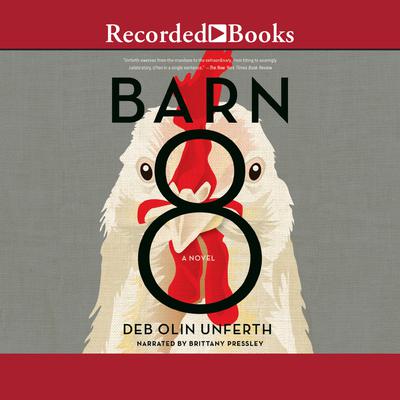 If you enjoyed Upright Women Wanted, then you’ll love Barn 8.

“Both of these lively audiobooks follow determined found families as they fight against injustice and learn to trust one another. You might cry during their heartfelt adventures, but you will definitely cheer.”

Janey and Cleveland are two auditors for the US egg industry who go rogue and conceive a plot to steal a million chickens in the middle of the night—an entire egg farm’s worth of animals. They assemble a precarious, quarrelsome team and descend on the farm on a dark spring evening. It doesn’t go as planned. In her most powerful work yet, Deb Olin Unferth tells a wildly inventive, unforgettable heist story, with one million nonhuman consciousnesses at its center. Funny, philosophical, heartening and heartbreaking, Barn 8 ultimately asks: What constitutes meaningful action in a world so in need of change? Unferth comes at this question with striking ingenuity, razor-sharp wit, and ferocious passion. Barn 8 is a rare comic-political drama that could have been written by no one else.