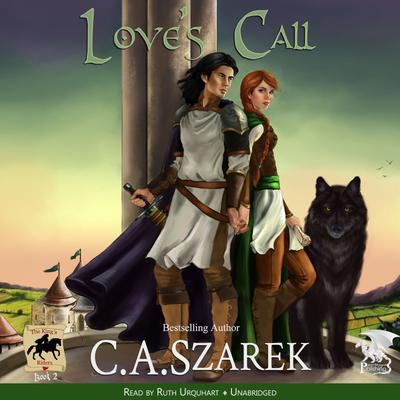 Leargan Tegran, Captain of Greenwald’s personal guard, is an honorable knight. When his king commands him to wed Senior King’s Rider Ansley Fraser, he intends to follow orders; even as he knows nothing of the girl. Not to mention her blasted wolf bondmate, Ali, who barely lets him near her.

Ansley has been in love with Leargan for turns, but marrying him out of duty doesn’t sit well with her. She’ll fight the match tooth and nail—no matter how much she craves to be in his arms and in his bed.

The sudden appearance of Avril, a mysterious girl on the run, creates suspicions of powerful magic and evil lurking on the horizon. Dangers lead to a fight Leargan’s not prepared for.

With the Province threatened, will duty interfere with Leargan’s orders or entwine him and Ansley regardless of their desires?