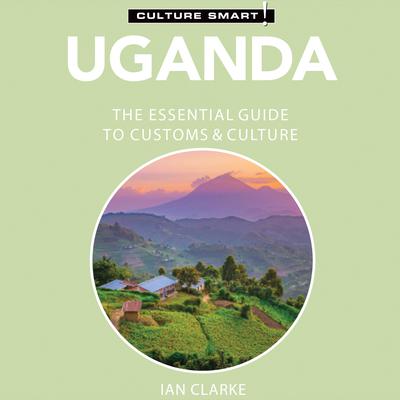 Once notorious for the tyranny of Idi Amin, immortalized in the film The Last King of Scotland, Uganda has, for the last twenty-six years or so, struggled to overcome its negative image. It has largely been successful. Rated the best country to visit in 2012, it was one named of the best tourist destinations of 2013 by National Geographic magazine. In addition to its game parks, home to the Big Five, Uganda has one of the largest numbers of recorded bird species of any country. It is also the home of the famed mountain gorillas, and the mighty Nile River provides some of the best whitewater rafting in the world. Add to this an almost perfect climate and spectacular sightseeing, including the source of the Nile, Murchison Falls, the “little Switzerland” of Kabale, the volcanic lakes, and the Rwenzori Mountains, and one can understand why Winston Churchill called Uganda “the Pearl of Africa.” But Uganda not only has wildlife and natural beauty to offer—the Ugandan people are what makes it different. Drawn from over fifty tribes, they make up a rich blend of traditions. Kampala is famous as the social capital of East Africa, the city that never sleeps, where every kind of nightlife is on offer, and Ugandans have now been officially rated the happiest people in East Africa! This book provides key insights into Ugandan life and offers practical tips on how best to meet the Ugandan people on their own terms, vital information for tourists and businessmen alike. 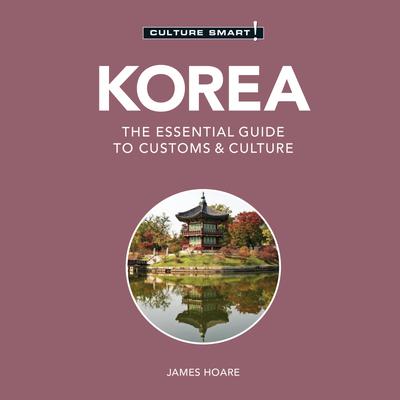 Apart from the headline-making politics, not much is known in the West about the Korean people and their ancient culture. Yet those who visit Korea, whether North or South, find a land of great interest. The Koreans, when not constrained by politics or other considerations, are friendly and sociable, and the peninsula has areas of outstanding... Read more » 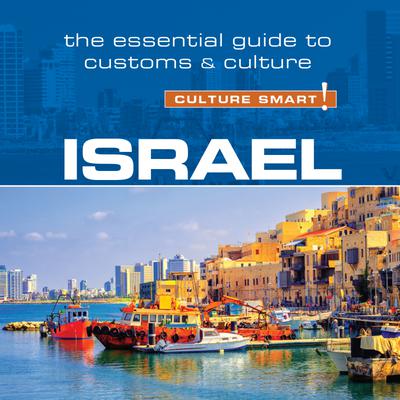 This edition provides important insights for listeners, revealing what to expect and how to behave, how to avoid misunderstandings, and how to form good social and business relationships when on visit to Israel. While Israel is a modern and largely secular country, it is one steeped in biblical history—a place where religion still plays an... Read more » 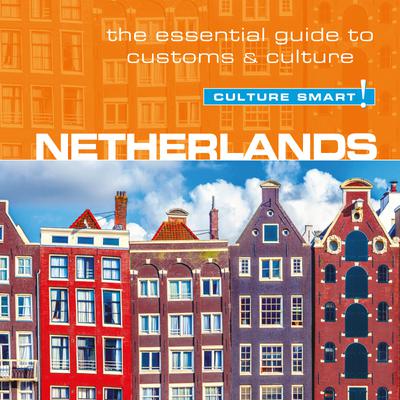 Taking listeners beyond the stereotypical images of windmills, clogs, and tulips, this pocket-sized guide helps visitors understand the complex layers of identity in this small, densely populated country on Europe's northwestern seaboard. With roots as a maritime nation that built a network for transportation, defense, and trade, the Netherlands... Read more » 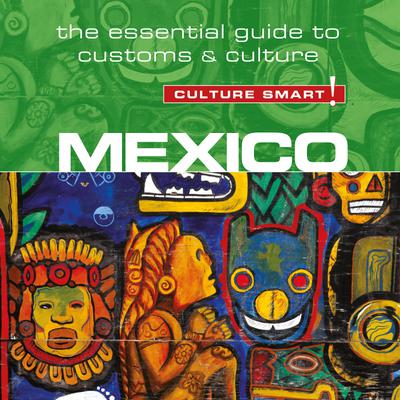 This guide to Mexico takes you to the heart of Mexican society. It describes how people socialize and meet members of the opposite sex, the dynamics of daily life, the central importance of family, and the annual cycle of Catholic feasts and fiestas. For business travelers, there are key sections on the economy and vital insights into the... Read more » 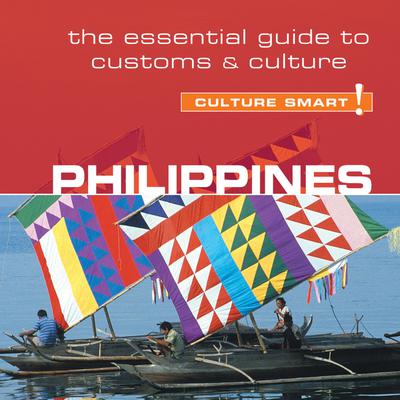 Culture Smart! provides essential information on attitudes, beliefs and behavior in the Philippines, ensuring that you arrive aware of basic manners, common courtesies, and sensitive issues. This concise guides tell you what to expect, how to behave, and how to establish a rapport with your hosts. The inside knowledge will enable you to steer... Read more » 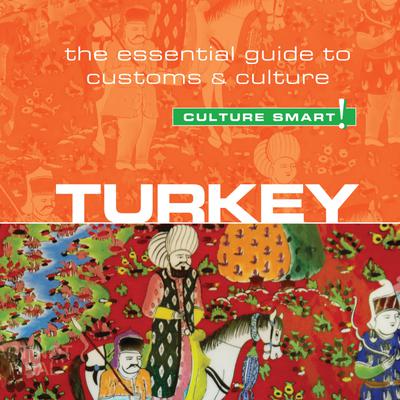 This new, updated edition of Culture Smart! Turkey reveals a nation in transition. Over the last two decades living conditons have improved greatly and Turkey is now classified as a developed country with an emerging market economy. Viewed by many as a model for outward-looking Islam, it is a country with laws to protect against religious... Read more »

Once notorious for the tyranny of Idi Amin, immortalized in the film The Last King of Scotland, Uganda has, for the last twenty-six years or so, struggled to overcome its negative image. It has largely been successful. Rated the best country to visit in 2012, it was one named of the best tourist destinations of 2013 by National Geographic... Read more » 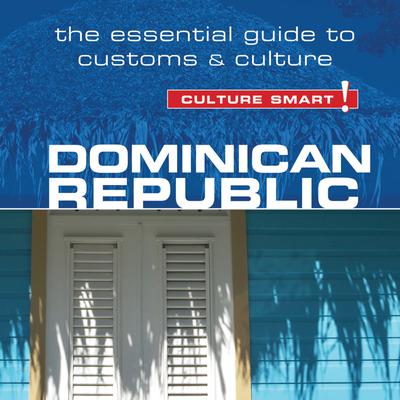 For those who choose to break out of the confines of all-inclusive tourist resorts, Culture Smart! Dominican Republic offers a tantalizing insight into this warm, vital, and intriguing people. It takes you on a journey from the unspoiled coastline to the agricultural interior, to the imposing mountains and to the hamlets where time appears to... Read more » 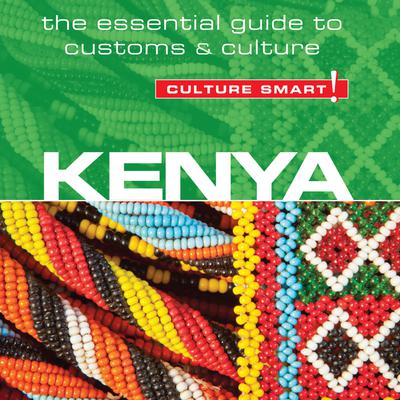 Culture Smart! Kenya provides essential information, ensuring that you arrive at your destination aware of basic manners, common courtesies, and sensitive issues. These concise guides tell you what to expect, how to behave, and how to establish a rapport with your hosts. This inside knowledge will enable you to steer clear of embarrassing gaffes... Read more » 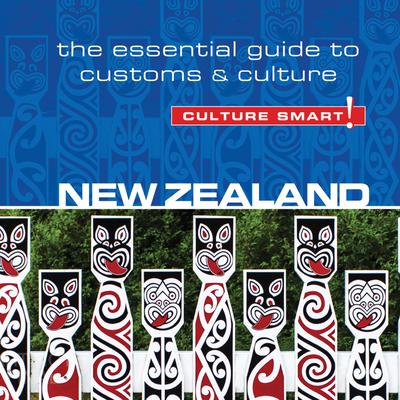 Culture Smart! New Zealand provides essential information on attitudes, beliefs and behavior in different countries, ensuring that you arrive at your destination aware of basic manners, common courtesies, and sensitive issues. These concise guides tell you what to expect, how to behave, and how to establish a rapport with your hosts. This inside... Read more » 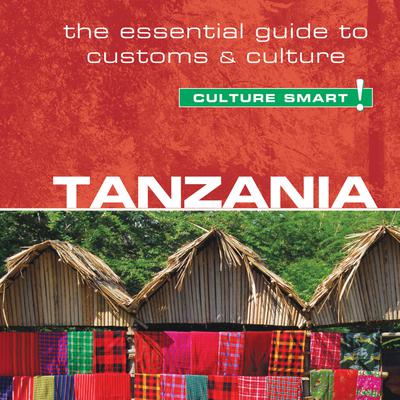 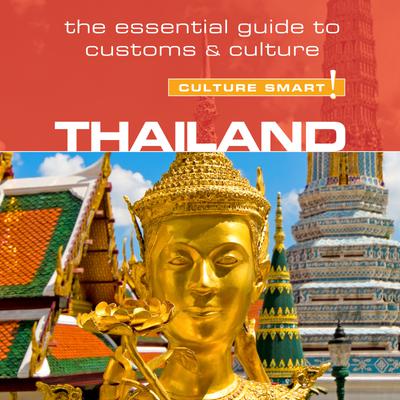 For many outsiders, Thailand still conjures up images of the East at its most mysterious and enchanting—a view largely formed by Hollywood films like The King and I. Never conquered by foreigners, this proud and ancient land has been shaped by Buddhism, the monarchy, and the military. Today, it is a representative democracy with a populist... Read more » 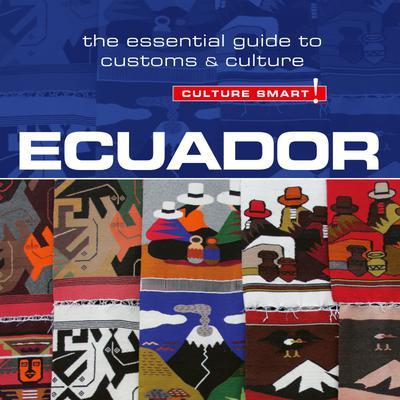 Squeezed between Colombia in the north and Peru in the south, Ecuador is named for its location on the Equator and has a landscape so varied that it has been described as a microcosm of every microclimate found in South America. This diversity makes it a magnet for tourists, mountain trekkers, volunteers, and increasing numbers of US retirees... Read more » 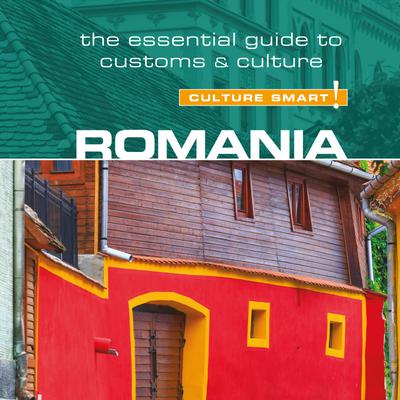 A land of mountains, hills, and fertile plains, Romania is a tourist destination waiting to be discovered. It is a rich and complex country: a place whose cities are home to beautiful parks and vibrant cultural scenes and whose people welcome guests warmly into their homes, sharing the best of whatever they have and partying into the night,... Read more » 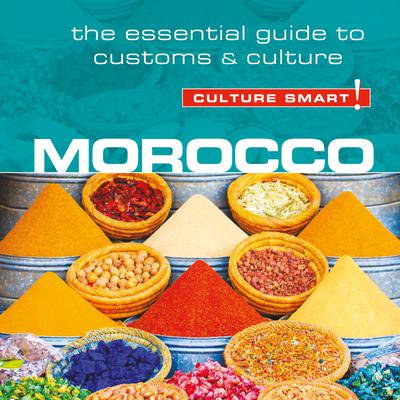 Morocco is a land of spectacular scenery with a rich history and heady with tantalizing scents and colorful sights. The call of the muezzin seems to draw people from every corner of the globe. In 1956, Morocco gained independence from French colonial rule and was jolted into the twentieth century. Today, it is a country in transition—a unique... Read more » 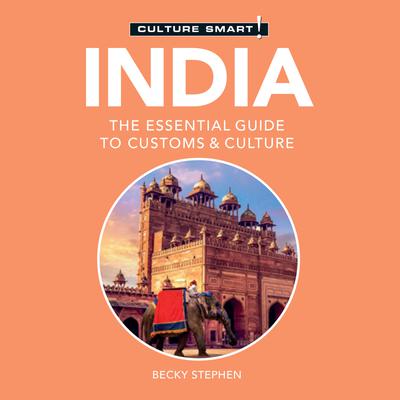 India’s huge population of 1.2 billion people is as varied and colorful as the spice markets of Old Delhi. Each region, caste, and community has its own culture, reflecting unique histories shaped by conquest, creativity, and religion. Steeped in ancient traditions, exceptionally fatalistic, and intensely passionate about their culture, the... Read more » 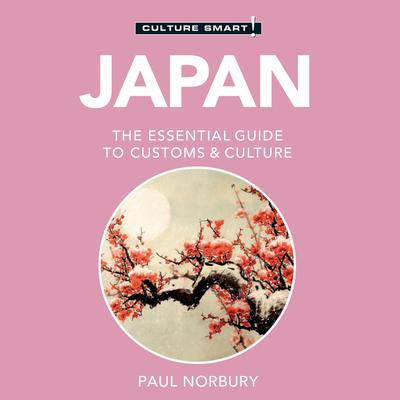 The Japanese people have always seen themselves as a nation uniquely apart. Their exquisite art forms and elegant culture, military prowess and technological precision, have long been the envy of friend and foe alike. Today, even as Japan adapts to a rapidly changing world, its traditional culture and consensus-based philosophy have proved... Read more » 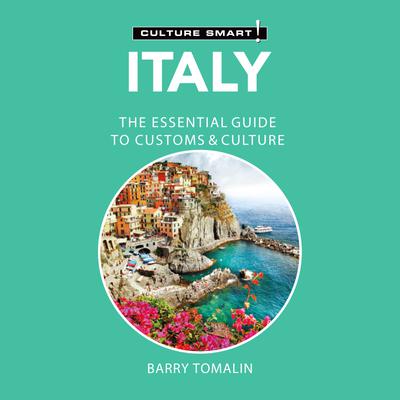 Italy delights and stimulates with its magnificent cities and monuments, stunningly beautiful landscapes, the glory of its art and architecture, the richness and variety of its food, the elegance of its design and fashion, and the vitality and charm of its people. Italian style and culture have been exported all over the world. At home, however,... Read more » 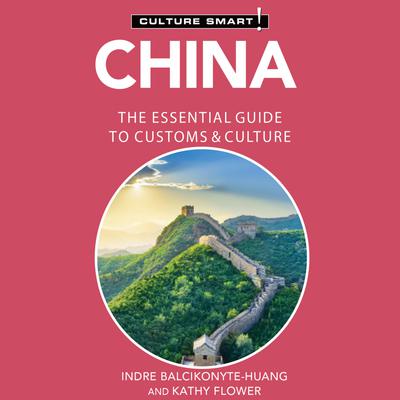 For thousands of years, the Chinese believed that they had created a perfect social system based on Confucian values and tempered by the Mandate of Heaven. Dynasties came and went, but the essence of being Chinese remained essentially unchanged until the twentieth century. Since then, change has taken place in Chinese society at an unprecedented... Read more » 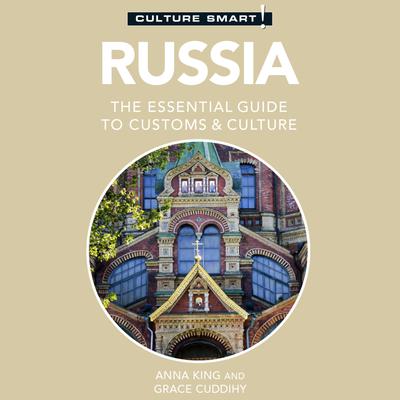 Discovering the Russian soul is like opening a matryoshka, a Russian doll, revealing the many layers. The Russian Orthodox religion is unique, Russian history is tragic, and the people are unpredictable. Russia’s military and political power, as well as the rich contribution of its art and culture, is the result of an inner dynamic not always... Read more » 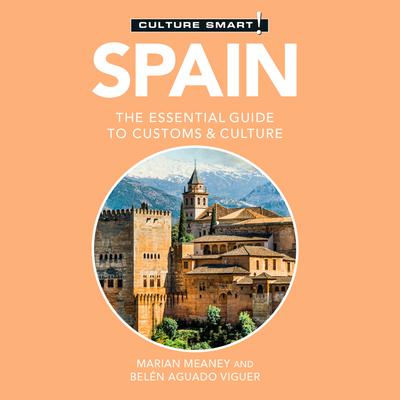 In the popular imagination, Spain conjures up a picture of rapacious conquistadores, fiery flamenco dancers, and brilliant artists. All true enough—but how closely does everyday life in modern Spain conform to these dramatic stereotypes? This book explores the complex human realities of contemporary Spanish life. It describes how Spain’s history... Read more » 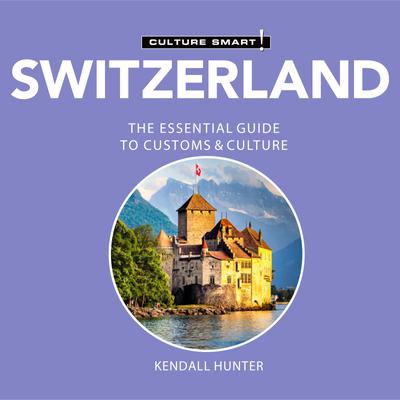 Set aside your preconceptions of postcard scenery, chocolate and cheese, faceless bankers, and spotless cities. The real Switzerland is anything but bland. This small, multilingual, and fiercely independent country at the heart of Europe is full of surprises.Culture Smart! Switzerland reveals the human dimension of this enigmatic country. It... Read more » 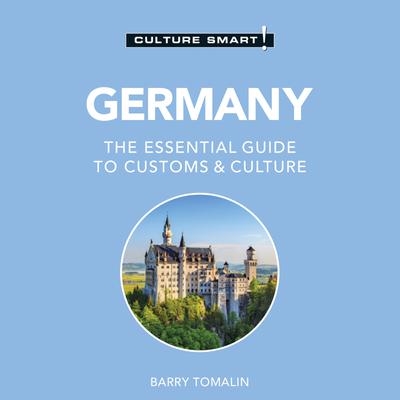 Germany—the powerhouse of Europe and pillar of the Eurozone—feels reassuringly familiar. However, despite superficial appearances, this is a country that operates very differently from the USA and Britain. German history is more than a thousand years old and the relatively new German nation-state encompasses an astonishing variety of cultural... Read more » 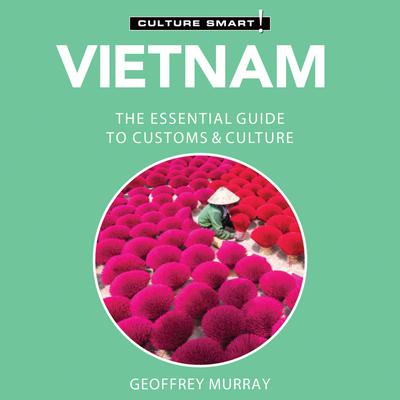 Vietnam is one of the most fascinating destinations in Southeast Asia. Having emerged from two decades of war, it is has undergone a period of rapid and far-reaching change, and its people have their eyes fixed firmly on the horizon.Culture Smart! Vietnam is for those who want to learn about the traditional values, sensibility, and modern way of... Read more » 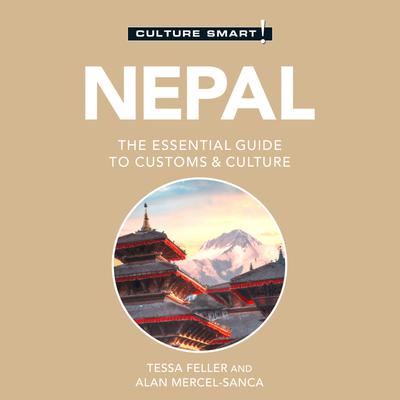 Nestled in the foothills of the Himalayas, Nepal is a land of contrasts and incongruities—not in the least in the variety of its cultural, ethnic, and religious weave. The Nepalese attitude toward life is essentially religious. Hindu and Buddhist values predominate and help to maintain social harmony despite the divisions between rich and poor,... Read more »