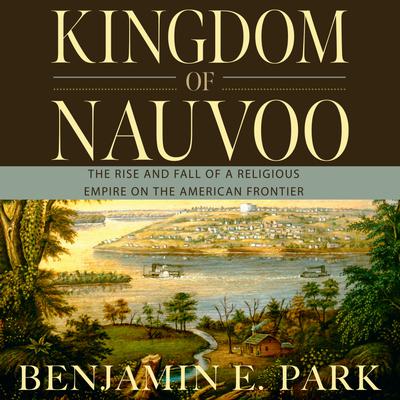 An extraordinary story of faith and violence in nineteenth-century America, based on previously confidential documents from the Church of Jesus Christ of Latter-day Saints.

Compared to the Puritans, Mormons have rarely gotten their due, often treated as fringe cultists or marginalized polygamists unworthy of serious examination. In Kingdom of Nauvoo, Benjamin E. Park excavates the brief, tragic life of a lost Mormon city, demonstrating that the Mormons are essential to understanding American history writ large. Using newly accessible sources, Park re-creates the Mormons' 1839 flight from Missouri to Illinois. There, under the charismatic leadership of Joseph Smith, they founded Nauvoo, which shimmered briefly—but Smith's challenge to democratic traditions, as well as his new doctrine of polygamy, would bring about its fall. His wife Emma, rarely written about, opposed him, but the greater threat came from without: in 1844, a mob murdered Joseph, precipitating the Mormon trek to Utah. Throughout his absorbing chronicle, Park shows that far from being outsiders, the Mormons were representative of their era in their distrust of democracy and their attempt to forge a sovereign society of their own.

Gift audiobooks to anyone in the world from the comfort of your home. You choose the membership (3, 6, or 12 months/credits), your gift recipient picks their own audiobooks, and Crazy Wisdom Bookstore and Tea Room is supported by your purchase.

Get the print edition from Crazy Wisdom Bookstore and Tea Room.

Crazy Wisdom Bookstore and Tea Room is proud to partner with Libro.fm to give you a great audiobook experience.