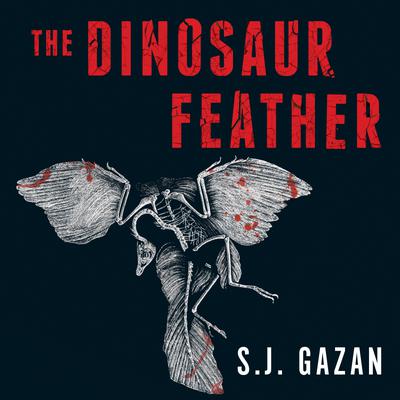 Selected by NPR's Maureen Corrigan and The Wall Street Journal's Tom Nolan as one of the best mysteries of the year, Gazan's The Dinosaur Feather--which the Financial Times called "outrageously entertaining"--is a classic of modern Scandinavian noir.
With keenly observed and deeply flawed characters, this scintillating thriller revolves around the controversial and fascinating connections between dinosaur and avian evolution. Biology postgraduate, PhD hopeful, and single mom Anna Bella Nor is just two weeks away from defending her thesis on the saurian origin of birds when her academic supervisor, the highly respected yet widely despised Dr. Lars Helland, is found dead in his office chair at the University of Copenhagen. The police discover a copy of Anna's thesis in the dead man's bloody lap.
When the autopsy suggests that Helland was murdered in a fiendishly ingenious way, brilliant but tormented young Police Superintendent Soren Marhauge is called to investigate. As he begins the daunting task of unraveling the knotted skeins of interpersonal and intellectual intrigue among the scientists at the university, his own troubled past begins to complicate the case.
Everyone involved with the investigation--from Anna Bella Nor to Helland's numerous academic rivals to Marhauge's own ex-wife, who is pregnant with her current husband's child--has something to hide, muddying the investigation and presenting the detective with the greatest professional and personal challenge of his life.