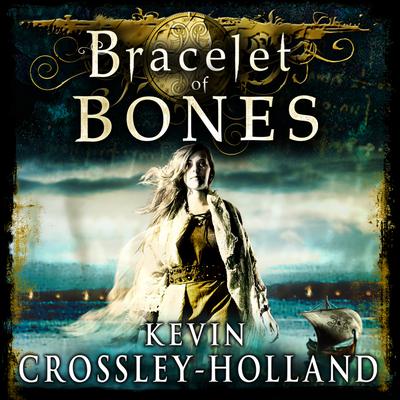 Crossley-Holland, a winner of the Carnegie Medal, the Guardian Children's Fiction Award, the Smarties Prize Bronze Medal, and the Tir Nan-Og Award, and numerous other distinctions, has written an absorbing fantasy novel for young adults with a formidable heroine. The Guardian praised Bracelet of Bones as "superb" Crossley-Holland writes "with a poet's eye and love of words, painting a vivid picture of the world his characters move through, whether it's the morning mist on the river or the smoke from a funeral pyre."

One morning Solveig wakes to find her father, Viking mercenary Halfdan, has broken his promise to her by leaving to join the Viking Guard in Constantinople, without her. Deciding to follow him, Solveig sets off in a tiny boat and into an epic adventure, encountering Swedish traders, a ghost-ship and a Russian king, braving arrow-storms and witnessing a living sacrifice. Through it all, Solveig's belief in her father is unwavering. Will she ever reach Constantinople? And will her father be there? An imaginative and poignant novel that explores friendship and betrayal, the father-daughter relationship, the clash of religions and the journey from childhood to adulthood, Bracelet of Bones is a vivid adventure not to be missed.