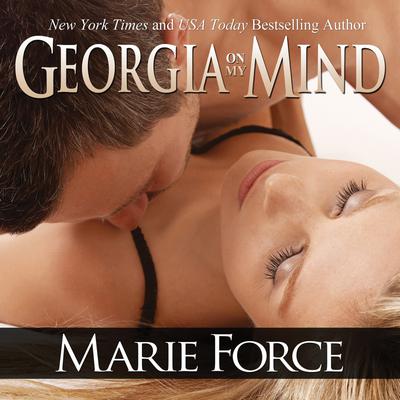 Georgia on My Mind

Since Georgie Quinn’s mother died, the highlight of her life has become “jogger stalking” every morning with her roommates, Tess and Cat. Stuck running the senior center her mother founded in Newport, Rhode Island, until a replacement director is found, Georgie dreams of returning to her glamorous life in Atlanta. As that life begins to unravel, she discovers a whole new one in Newport, where the jogger she’s been stalking turns out to be sexy detective and tree hugger Nathan Caldwell. Determined to get her mind off her many problems—including a possible threat to her own health—Georgie indulges in what she intends to be a no-holds-barred one-night stand with him. Unfortunately, he has other ideas and sets out to have a relationship with her. Tess, on the run from an abusive husband, and Cat, who raised her younger brother and sister, hook up with Nathan’s brothers: Ben, an injured Iraqi war veteran, and Ian, a single-father and talented musician. Add a zany cast of seniors who seem determined to drive Georgie slowly mad with their never-ending needs and comparisons to her sainted mother, and you’ve got the ingredients for a fast-paced, often comical, emotional journey that leads Georgie straight to the home of her heart.