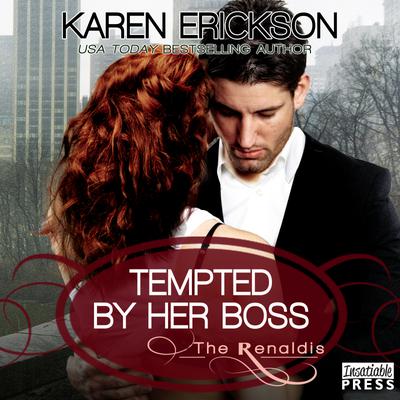 Tempted by Her Boss

***Includes the bonus short story, Temporary Arrangement, the prequel to The Renaldi Series***
Look, but don't touch...The Renaldis.
Alone and broke, Paige Stewart can't believe her good luck. Who hires a virtual stranger out of a New York City coffee shop to care for their adorable grandson? Apparently Claudia Renaldi does.
Widower Matteo Renaldi isn't pleased that his mother found a replacement nanny so soon after he fired the last one. Yet little Matty takes to Paige like no other nanny before. And Matteo can't deny he's quite taken with her as well. She's beautiful. Sweet. And far, far too young for him.
There's something about the gorgeously sexy Matteo that fills Paige with longing to break through his wall of formality and touch his softer side. But no one knows better than she that crushing on her boss is one thing. Acting on those feelings is forbidden. Foolish. Inevitable...
Warning: Sexy, grumpy Italian hero who is determined to keep his walls up. No matter how much his son's sweetly beautiful nanny drives him to distraction.

Tempted by Her Boss: The Renaldis, Book 1
Business? Meet pleasure... The Renaldis, Book 1 Paige Stewart has committed the ultimate nanny sin-she's fallen in love with her boss. She adores Matteo Renaldi's sweet, precocious son. Who wouldn't? But it's torture going about her day-to-day tasks, catching fleeting glimpses of the boy's enigmatic father. Chastising herself for fantasizing she's in the Renaldi master bed... It's ridiculous, pointless. After all, soon little Matty won't need her anymore and she'll move on. Matteo has no interest in dating. He's consumed by work, his son...and his son's nanny. She's everything he's not: young, carefree, trusting, maybe a little naïve. She deserves better than an embittered widower. Yet when she accidentally falls into his arms, he can't resist drawing her in for a kiss that quickly spirals out of control. As they travel to his family's home in Italy and slowly fall in love, the whispers start. And when one particularly ugly story blows up in their faces, their reputations might escape unscathed, but their hearts may not...
Warning: The sexy, grumpy Italian hero is finally won over by his son's sweetly beautiful nanny-though it was quite the challenge for her to catch him. Watch for lots of high drama, passionate love and malicious rumors before these two can find their HEA.

Tempted by Her Boss
Karen Erickson

Tempted by Her Boss 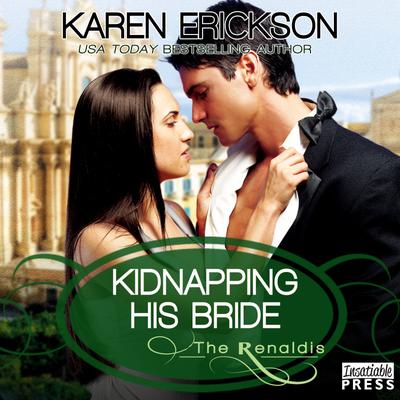 Rafael Renaldi is a modern man with an old-fashioned secret-an arranged marriage. Though it was an informal agreement, made when they were children, Rafe has always been a little in love with the beautiful, passionate Catalina Campioni. And assumed that the single, searing kiss they shared years ago... Read more » 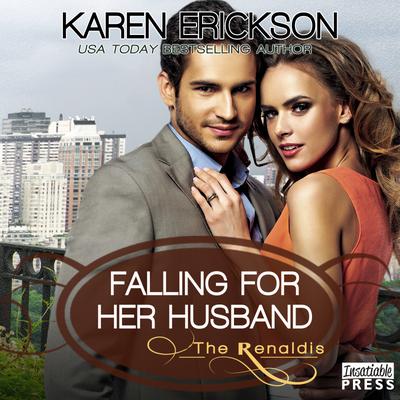 Falling for Her Husband
Karen Erickson

Falling for Her Husband

As one of the heads of his family’s well-respected fashion house, Vincenzo Renaldi is used to living life at light speed. His relationship with Amber, a successful model, was the definition of “jet-set”, from whirlwind romance to quickie wedding. Now, at the rate these... Read more »