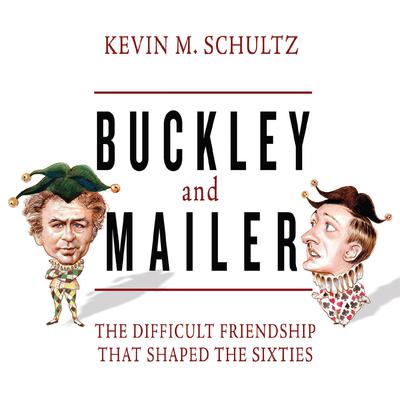 The Difficult Friendship That Shaped the Sixties

A lively chronicle of the 1960's through the incredibly contentious and surprisingly close friendship of its two most colorful characters.

Norman Mailer and William F. Buckley, Jr., were towering figures who argued publicly about every major issue of the 1960s: the counterculture, Vietnam, Feminism, civil rights, the Cold War. Behind the scenes, the two were close friends and trusted confidantes who lived surprisingly parallel lives. In Buckley and Mailer, historian Kevin M. Schultz delves into their personal archives to tell the rich story of their friendship, arguments, and the tumultuous decade that did so much to shape. From their Playboy-sponsored debate before the Patterson-Liston heavyweight fight in 1962 to their campaigns for mayor of New York City to their confrontations at Truman Capote's Black-and-White Ball, over the March on the Pentagon, and at the 1968 Democratic National Convention, Schultz delivers a fresh chronicle of the ‘60s and its long aftermath as well as an entertaining work of narrative history that explores these extraordinary figures' contrasting visions of America and the future.