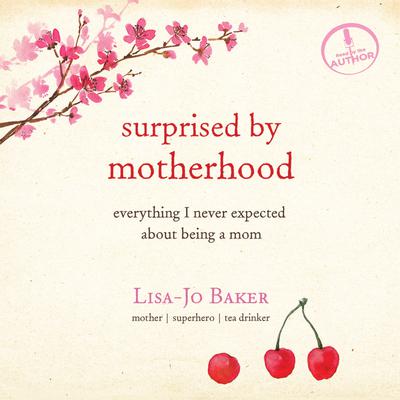 Everything I Never Expected about Being a Mom

Most people who talk about motherhood start out by telling you how much they always wanted to be a mom.

Not Lisa-Jo Baker. She was eighteen and growing up in South Africa when her mom died, and she swore she would never have kids. But then she fell in love with an American boy with cowboy-green eyes, married him, and now, a decade and two continents later, they have three. This is the unlikely story of how she got there.

Along the way, she has discovered three key things about motherhood. One, motherhood is hard. Two, motherhood is glorious. Three, motherhood is very hard. And while she wouldn’t trade it, she would throw out all the parenting advice that made her feel like she was somehow failing this test of womanhood. Because all the “what to expect” books in the world can never truly prepare you for the sheer exhilaration, joy, and terrifying love that accompanies motherhood.

This audio book is a reminder that being a mom isn’t about succeeding at some parenting checklist — it’s about what motherhood prepares us for while we’re busy preparing for it; how a new identity brings new meaning for our future and new appreciation of our past; and how there is wonder to be found in the daily merry-go-round of dishes, laundry, and tiny humans.