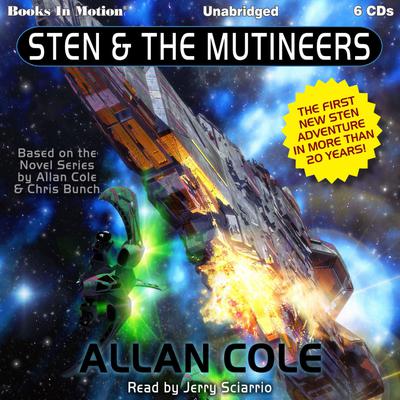 MUTINY! In the Eternal Emperor’s service it is forbidden to even speak the word. To join an insurgency is a firing-squad offense. So, when the crewmembers of the Flame turn traitor and steal an entire space train of Imperium X - the second most valuable element in the Empire -- and threaten to sell it to the Emperor's enemies, the Emperor only has one option . . . to send in his best assassin and dirty trickster: Sten! This thrilling new Sten adventure builds on the classic 8-volume series created by Allan Cole and Chris Bunch.