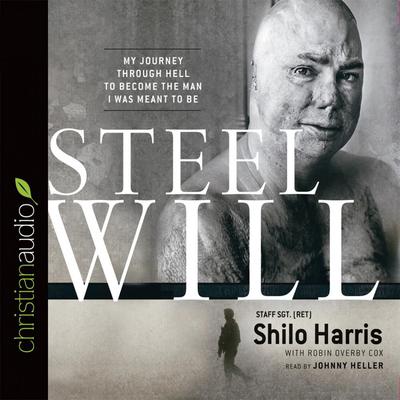 On February 19, 2007, SSG Shilo Harris was patrolling an infamous southern Iraqi roadway when his Humvee was struck by an IED. Moments later, three members of his crew were dead and Shilo had sustained severe burns over 35 percent of his body, lost his ears and the skin off his face, and lost much of the use of his badly mangled fingers. This fiery moment was just the beginning of an arduous road laced with pain, emotional anguish, and much soul-searching. For forty-eight days Shilo lay trapped in a medically induced coma as his wife, unable to ease his suffering, had to come to grips with a man utterly changed. This is the story of a young boy raised in a small Texas town under the heavy yoke of a father struggling with the personal aftermath of his service in Vietnam. This is the story of the first human being to participate in extracellular stem cell regeneration to regrow lost body parts. This is the story of the survivor not only of an explosion but of more than sixty surgeries to restore both form and function to his broken body. This is the story of the wife who stood by his side, made hard decisions, and continues to support her husband through his struggles with PTSD. This is the story of a God who reshapes us into the people he wants us to be. And in that way, this is the story of all of us. Anyone whose life has been touched by tragedy and loss, especially military families dealing with PTSD, TBI, amputations, and other realities of wartime service, will find strength, encouragement, and inspiration in this moving memoir.