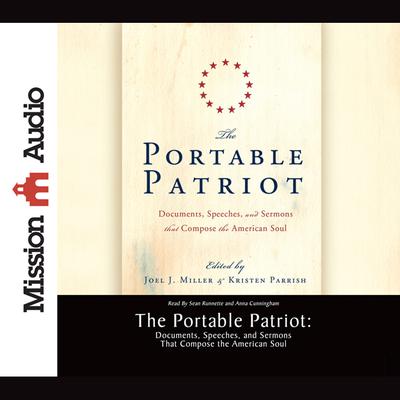 What does it mean to think, believe, and act like an American? Too often reduced to a mythic set of lofty ideals, the soul of America is far more than a concept-it is a people. Even the most sacred principles mean very little unless lived out passionately by an informed citizenry. In The Portable Patriot, you'll find a carefully assembled sampling of American history's most formative words, written by the people who were making that extraordinary history. Speeches and sermons, essays and extracts, poems and proclamations illumine such values as independence, virtue, humility, thrift, prayer, and reliance on God. While peering back to the cradle of America's national identity, The Portable Patriot also points a way forward, compelling us to heed poet John Dickenson's plea to "rouse your bold hearts at fair Liberty's call." Crack open The Portable Patriot, and you'll discover: Puritan Pastor John Cotton's warning on the dangers of excessive political power, Ben Franklin's shrewd counsel on wealth and debt (private and national), plus his practical advice for immigrants coming to America, Sam Adams's explanation of the rights of Americans and the proper limits of government's power to tax, Paul Revere's personal account of his famous ride and explanation of the crisis with Britain, Rev. Jonathan Mayhew's passionate defense of civil resistance, Thomas Jefferson's reason for small and limited government and keeping the judiciary in check, Thomas Paine's stand against tyranny and his warning about despotism through bureaucracy, Hector St. John de Crevecoeur's reflections on true American identity, Noah Webster's dreadful warning about those who would subvert the Constitution for their own gain, and much, much more . . .