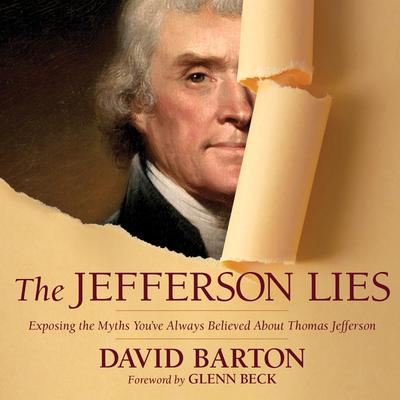 America, in so many ways, has forgotten. Its roots, its purpose, its identity—all have become shrouded behind a veil of political correctness bent on twisting the nation’s founding, and its founders, to fit within a misshapen modern mold. The time has come to remember again. In The Jefferson Lies, prominent historian David Barton sets out to correct the distorted image of a once-beloved founding father, Thomas Jefferson. To do so, Barton tackles seven myths head-on, including: Did Thomas Jefferson really have a child by his young slave girl, Sally Hemings? Did he write his own Bible, excluding the parts of Christianity with which he disagreed? Was he a racist who opposed civil rights and equality for black Americans? Did he, in his pursuit of separation of church and state, advocate the secularizing of public life? Through Jefferson’s own words and the eyewitness testimony of contemporaries, Barton repaints a portrait of the man from Monticello as a visionary, an innovator, a man who revered Jesus, a classical Renaissance man—and a man whose pioneering stand for liberty and God-given inalienable rights fostered a better world for this nation and its posterity. For America, the time to remember these truths again is now.