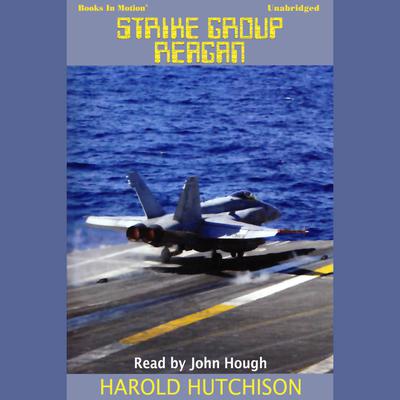 In Strike Group Reagan, Harold C. Hutchison takes us inside the world of war and sacrifice, loyalty and heroism, in a story that mirrors events taking place around the globe. Lieutenant Renee Patterson is a Navy fighter pilot with one of the squadrons assigned to the carrier USS Ronald Reagan. The Reagan and its battle group, under the command of Rear Admiral Kevin Bradshaw are deployed to the Mediterranean. Renee s sister younger sister Angela is in Tunisia to study archeology, when a civil war breaks out, and American citizens need to be evacuated. As heavily armed Islamic insurgents, secretly backed by the Chinese military make initial gains, the Reagan strike group gets the call. What is supposed to be a routine evacuation quickly becomes anything but. Things go wrong from the start, and the battle group becomes engaged in fighting a major conflict against forces Bradshaw never expected to engage. The Reagan strike group is pushed to the limits of its formidable capability, and both Patterson sisters fight for their lives using all the survival skills in their arsenals.