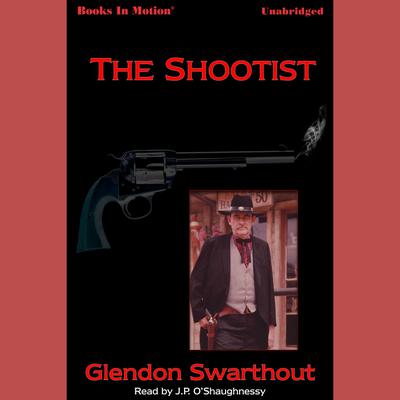 The Shootist is John Bernard Books, a man of principle and the only surviving gunfighter in a vanishing American West. He rides into El Paso in the year 1901, on the day of Queen Victoria's demise, there to be told by a doctor that he must soon confront the greatest Shootist of all: Death himself. In such a showdown against such an antagonist, J. B. Books cannot win. Most men may end their days in bed or take their own lives, but a mankiller has a third option, one which Books decides to exercise. He may choose his own executioner. As the word spreads that the famous assassin has reached the end of his rope, an assortment of vultures gathers to feast upon the corpse -- among them a gambler, a rustler, a clergyman, an undertaker, an old love, a reporter, even a teenager. Books outwits them, however, by selecting the where, when, who and why of his death and writing in fire from a pair of matched Remingtons the last courageous act of his own legend. The climatic gunfight itself is an incredible performance by an incredible man, and by his creator, Glendon Swarthout.