Say You're One of Them

Uwem Akpan's stunning stories humanize the perils of poverty and violence so piercingly that few readers will feel they've ever encountered so immediately. The eight-year-old narrator of "An Ex-Mas Feast" needs only enough money to buy books and pay fees in order to attend school. Even when his twelve-year-old sister takes to the streets to raise these meager funds, his dream can't be granted. Food comes first. His family lives in a street shanty in , but their way of both loving and taking advantage of each other strikes a universal chord.
In the second of his stories published in a New Yorker special fiction issue, Akpan takes us far beyond what we thought we knew about the tribal conflict in . The story is told by a young girl, who, with her little brother, witnesses the worst possible scenario between parents. They are asked to do the previously unimaginable in order to protect their children. This singular collection will also take the reader inside , , and , revealing in beautiful prose the harsh consequences for children of life in Africa.
Akpan's voice is a literary miracle, rendering lives of almost unimaginable deprivation and terror into stories that are nothing short of transcendent.

Fiction
Uwem Akpan was born in Ikot Akpan Eda in southern Nigeria. After studying philosophy and English at Creighton and Gonzaga universities, he studied theology for three years at the Catholic University of Eastern Africa. He was ordained as a Jesuit priest in 2003 and received his MFA in creative writing from the University of Michigan in 2006. "My Parents' Bedroom," a story from his short story collection, Say You're One of Them, was one of five short stories by African writers chosen as finalists for The Caine Prize for African Writing 2007. Say You're One of Them won the Commonwealth Writers' Prize for Best First Book (Africa Region) 2009 and PEN/Beyond Margins Award 2009, and was a finalist for the Los Angeles Times Art Seidenbaum Award for First Fiction. In 2007, Akpan taught at a Jesuit college in Harare, Zimbabwe. Now he serves at Christ the King Church, Ilasamaja-Lagos, Nigeria. 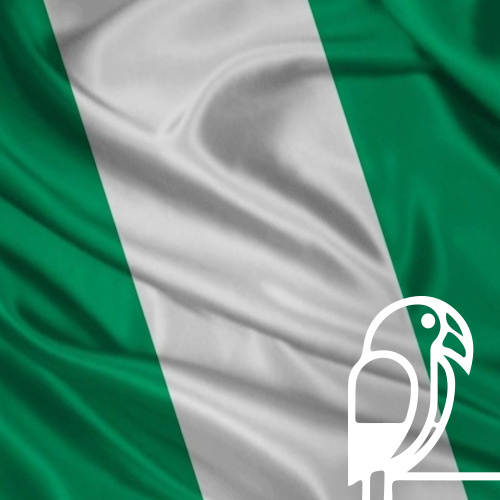 "Uwem Akpan, a Nigerian Jesuit priest, has said he was inspired to write by the 'humor and endurance of the poor,' and his debut story collection...about the gritty lives of African children - speaks to the fearsome, illuminating truth of that impulse." "Haunting prose.... A must-read." "...a tour de force that takes readers into the lives glimpsed in passing on the evening news...These are stories that could have been mired in sentimentality. But the spare, straightforward language - there are few overtly expressed emotions, few adjectives--keeps the narratives moving, unencumbered and the pages turning to the end." "It is not merely the subject that makes Akpan's...writing so astonishing, translucent, and horrifying all at once; it is his talent with metaphor and imagery, his immersion into character and place....Uwem Akpan has given these children their voices, and for the compassion and art in his stories I am grateful and changed." "Searing...In the end, the most enduring image of these disturbing, beautiful and hopeful stories is that of slipping away. Children disappear into the anonymous blur of the big city or into the darkness of the all-encompassing bush. One can only hope that they survive to live another day and tell another tale." "Uwem Akpan's stunning short story collection, Say You're One of Them, offers a richer, more nuanced view of Africa than the one we often see on the news....Akpan never lets us forget that the resilient youngsters caught up in these extraordinary circumstances are filled with their own hopes and dreams, even as he assuredly illuminates the harsh realities." "[A] startling debut collection... Akpan is not striving for surreal effects. He is summoning miseries that are real.... He fuses a knowledge of African poverty and strife with a conspicuously literary approach to storytelling filtering tales of horror through the wide eyes of the young." "All the promise and heartbreak of today are brilliantly illuminated in this debut collection..." "Any of the six stories in this collection set in is enough to break a reader's heart. Two are novella length, including a tour de force, 'Luxurious Hearses,' which takes place on a crowded bus." "The humor, the endurance, the horrors and grace-Akpan has captured all of it.... The stories are not only amazing and moving, and imbued with a powerful moral courage-they are also surprisingly expert.... Beautifully constructed, stately in a way that offsets their impoverished scenarios. Akpan wants you to see and feel , its glory and its pain. And you do, which makes this an extraordinary book." "Say You're One of Them is a book that belongs on every shelf." "Uwem Akpan's searing Say You're One of Them captures a ravaged through the dry-eyed gaze of children trying to maintain a sense of normalcy amid chaos." "This fierce story collection from a Nigerian-born Jesuit priest brings home Africa's most haunting tragedies in tales that take you from the streets of to the Hutu-Tutsi genocide." "Awe is the only appropriate response to Uwem Akpan's stunning debut, Say You're One of Them, a collection of five stories so ravishing and sad that I regret ever wasting superlatives on fiction that was merely very good. A." "brilliant...an extraordinary portrait of modern Africa... [Akpan]... is an important and gifted writer who should be read." "Akpan's brilliance is to present a brutal subject through the bewildered, resolutely chipper voice of children...All five of these stories are electrifying." "Akpan combines the strengths of both fiction and journalism - the dramatic potential of the one and the urgency of the other - to create a work of immense power...He is a gifted storyteller capable of bringing to life myriad characters and points of view...the result is admirable, artistically as well as morally." "These stories are complex, full of respect for the characters facing depravity, free of sensationalizing or glib judgments. They are dispatches from a journey, Akpan makes clear, which has only begun. It is to their credit that grim as they are-you cannot but hope these tales have a sequel." "In the corrupt, war-ravaged of this starkly beautiful debut collection, identity is shifting, never to be trusted...Akpan's people, and the dreamlike horror of the worlds they reveal, are impossible to forget." "A stupefyingly talented young Nigerian priest. Akpan never flinches from his difficult subjects--poverty, slavery, mass murder--but he has the largeness of soul to make his vision of the terrible transcendent." "An important literary debut.... Juxtaposed against the clarity and revelation in Akpan's prose-as translucent a style as I've read in a long while--we find subjects that nearly render the mind helpless and throw the heart into a hopeless erratic rhythm out of fear, out of pity, out of the shame of being only a few degrees of separation removed from these monstrous modern circumstances...The reader discovers that no hiding place is good enough with these stories battering at your mind and heart." Expand reviews